Uber is no stranger to confrontation. The ride-sharing firm is known for aggressive tactics that have helped fuel its explosive growth. Its very business model is based on disrupting old-school taxi services in cities across the globe.

Remarks made by Uber’s senior vice president for business, Emil Michael, have put the spotlight on the company once more. A Buzzfeed editor overheard Michael outlining “the notion of spending ‘a million dollars’ to hire four top opposition researchers and four journalists. That team could, he said, help Uber fight back against the press—they’d look into ‘your personal lives, your families,’ and give the media a taste of its own medicine.”

Michael excused himself later, saying that he regretted his idea to investigate and embarrass critical journalists, and that his remarks “do not reflect my actual views.”

Here are seven other controversies that the company has been embroiled in over the years. None of them has seemed to really hurt it permanently. Uber will hit an annual revenue rate of $10 billion by the end of 2015, Business Insider reports.

Sabotaging Lyft by booking rides and then canceling them

Uber employees allegedly posed as customers ordered and then canceled rides from Lyft, decreasing Lyft drivers’ availability, wasting time and gas, and possibly sending real customers to Uber instead. Lyft told CNNMoney in August that 177 Uber employees—contractors armed with a burner phone and a credit card—ordered and canceled more than 5,000 rides.

Uber officially denies that it’s playing dirty, but an Uber contractor told The Verge that the company encourages that kind of maneuver.

Uber employees are known to hail Lyft rides, converse with Lyft drivers, and try to recruit them to Uber before they get to their destination. The system has become complex: there’s an official conversation guide for Uber recruiters, and a messaging app that tells Uber recruiters which Lyft drivers had already been pitched. One source told the Verge that recruiters can earn a $750 commission for successfully recruiting a single new driver to Uber.

Traditional city taxi services aren’t happy with the competitive challenge Uber poses. Sentimentalists mourn the hardships faced by old-line companies like the classic New York City yellow cabs, and many argue that Uber should be subject to the same regulations as traditional taxi services. Uber has faced a slew of legal challenges, lobbying and public mud throwing in dozens of cities it has moved in to.

An Uber driver was arrested in June by Los Angeles police on suspicion of kidnapping a drunk woman and taking her to a hotel, intending to sexual assault her. The LA Times reports that a valet employee at a night club asked an Uber to drive a young woman home, but he instead allegedly drove her to a hotel and slept beside her.

Another LA woman was reportedly abducted by an Uber driver last month who took her almost 20 miles out of the way, ignoring her questions and directions, and drove her into a dark empty parking lot in the middle of the night. The driver locked the doors, trapped her inside and only took her home when she screamed and caused a commotion, Valleywag reports. A quick ride turned into a two-hour plus nightmare.

The CEO of a New York-based company said he was taken on a wild ride by an Uber driver in July who appeared to be escaping D.C. taxi inspectors.

The Uber driver started down the street, ran a red light and veered away from the D.C. inspector, according to CEO Ryan Simonetti’s story in The Washington Post. Simonetti says he was driven down the highway well above the speed limit as the Uber driver veered, narrowly missing hitting other cars in order to escape the D.C. authorities. “It was insane,” Simonetti said. “I physically tried to force his leg to hit the brake. I ripped off his pant leg…. I said, ‘Here’s two options. You take this exit, or I’m going to knock the side of your head in. If we crash, we crash, but you’re gonna kill us anyway.’” Simonetti managed to escape the car, and the Uber driver screeched away the wrong way up an exit ramp.

…and a fourth was arrested for supposedly hitting a passenger on the head with a hammer.

In September, an Uber passenger in San Francisco questioned a driver on the route he was taking when things turned ugly, NBC reported. Driver Patrick Karajah pulled the vehicle over and took a hammer, beating the passenger over the head and causing facial fracture and trauma to the head. Karajah is being charged with deadly weapon assault and battery with serious bodily injury; the passenger, Roberto Chicas, faces reconstructive surgery and hasn’t been able to work since the assault.

One of the major complaints against the company is that it doesn’t vet its drivers the way that an established taxi company does. (That applies to Lyft, too.) Uber does do a driver background check, but established taxi drivers are often better regulated. 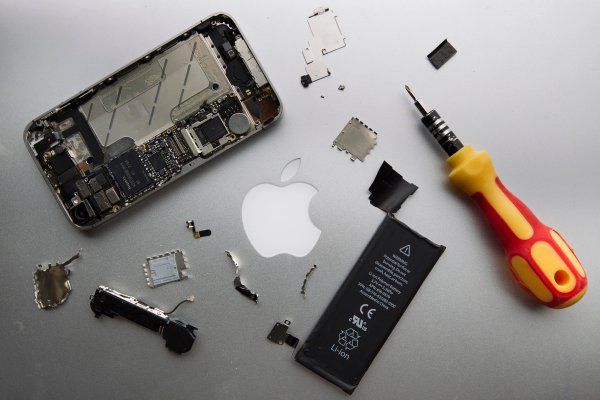 Apple's iOS 8.1.1 Update Should Make Your iPhone 4S and iPad 2 Useable Again
Next Up: Editor's Pick