The soundtrack to the forthcoming remake of Annie is out today, a month ahead of the movie’s holiday season premiere date. A blend of covers from the original 1977 Broadway musical and new tracks penned just for the remake, the soundtrack heavily features the film’s stars: Jamie Foxx, Quvenzhané Wallis, and Cameron Diaz. But Sia’s fingerprints are all over the album, too. The “Chandelier” singer co-wrote new arrangements, lent her voice to classics like “You’re Never Fully Dressed Without a Smile,” and paired up with Beck for this original tune, “Moonquake Lake.”

The upbeat track is more in the wheelhouse of pint-sized moviegoers than adult fans of either of its singers. In a melody fitting for a little heroine, it tells the fantastical tale of a fish-like girl who came from the moon, “ready to fight.” It’s got island vibes — plus, Sia makes what some may call a questionable decision, given frequent debates about cultural appropriation, to take on what sounds like a Caribbean accent.

Regardless, the track is likely to get Annie fans and newbies alike excited for the remake, which premieres on Dec. 19. 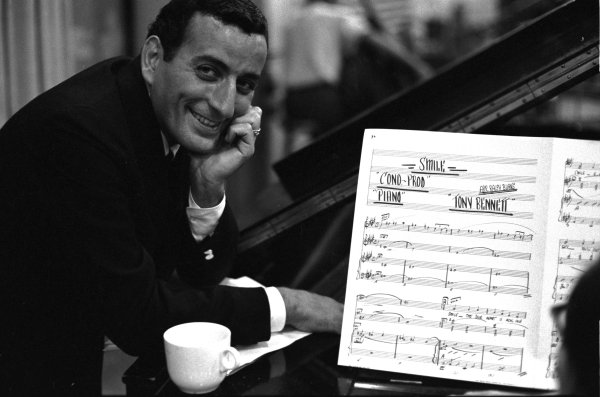 Tony Bennett: Rare Photos From an American Life
Next Up: Editor's Pick