The Reason Every One of Us Should Be Thankful

Astronomy is a historical science because the distance scales involved are so immense that to look out into space is to look back into time. Even at the almost unfathomable speed of light — 300,000 kilometers per second — the sun is eight light minutes away, the nearest star is 4.3 light years away, the nearest galaxy, Andromeda, is about 2.5 million light years away and the farthest object ever observed is about 13.8 billion light years away. Astronomers call this way of describing such distances “lookback time.”

The concept is not limited to astronomy: current events also have their own lookback times, accounting for what gave rise to them. Just as looking at a star now actually involves seeing light from the past, looking at the world today actually involves looking at the reverberations of history. We have to think about the past in order to put current events into proper context, because that’s only way to track human progress.

Consider the longing many people have for the peaceful past, filled with bucolic scenes of pastoral bliss, that existed before overpopulation and pollution, mass hunger and starvation, world wars and civil wars, riots and revolutions, genocides and ethnic cleansing, rape and murder, disease and plagues, and the existential angst that comes from mass consumerism and empty materialism. Given so much bad news, surely things were better then than they are now, yes?

Overall, there has never been a better time to be alive than today. As I document in my 2008 book The Mind of the Market and in my forthcoming book The Moral Arc, if you lived 10,000 years ago you would have been a hunter-gatherer who earned the equivalent of about $100 a year — extreme poverty is defined by the United Nations as less than $1.25 a day, or $456 a year — and the material belongings of your tiny band would have consisted of about 300 different items, such as stone tools, woven baskets and articles of clothing made from animal hides. Today, the average annual income in the Western world — the U.S. and Canada, the countries of the European Union, and other developed industrial nations — is about $40,000 per person per year, and the number of available products is over 10 billion, with the universal product code (barcode) system having surpassed that number in 2008.

Jesus said that one cannot live on bread alone, but our medieval ancestors did nearly that. Over 80% of their daily calories came from the nine loaves a typical family of five consumed each day. Also devoured was the 60 to 80% of a family’s income that went to food alone, leaving next to nothing for discretionary spending or retirement after housing and clothing expenses. Most prosperity has happened over the two centuries since the Industrial Revolution, and even more dramatic gains have been enjoyed over the last half-century. From 1950 to 2000, for example, the per capita real Gross Domestic Product of the United States went from $11,087 (adjusted for inflation and computed in 1996 dollars) to $34,365, a 300% increase in comparable dollars! This has allowed more people to own their own homes, and for those homes to double in size even as family size declined.

For centuries human life expectancy bounced around between 30 and 40 years, until the average went from 41 in 1900 to the high 70s and low 80s in the Western world in 2000. Today, no country has a lower life expectancy than the country with the highest life expectancy did 200 years ago. Looking back a little further, around the time of the Black Death in the 14th century, even if you escaped one of the countless diseases and plagues that were wont to strike people down, young men were 500 times more likely to die violently than they are today.

Despite the news stories about murder in cities like Ferguson and rape on college campuses, crime is down. Way down. After the crime wave of the 1970s and 1980s, homicides plummeted between 50 and 75% in such major cities as New York, Los Angeles, Boston, Baltimore and San Diego. Teen criminal acts fell by over 66%. Domestic violence against women dropped 21%. According to the U.S. Department of Justice the overall rate of rape has declined 58% between 1995 and 2010, from 5.0 per 1,000 women age 12 or older to 2.1. And on Nov. 10, 2014, the FBI reported that in 2013, across more than 18,400 city, county, state, and federal law enforcement agencies that report crime data to the FBI, every crime category saw declines.

What about the amount of work we have today compared with that of our ancestors? Didn’t they have more free and family time than we do? Don’t we spend endless hours commuting to work and toiling in the office until late into the neon-lit night? Actually, the total hours of life spent working has been steadily declining over the decades. In 1850, for example, the average person invested 50% of his or her waking hours in the year working, compared to only 20% today. Fewer working hours means more time for doing other things, including doing nothing. In 1880, the average American enjoyed just 11 hours per week in leisure time, compared to today’s 40 hours per week.

That leisure time can be spent in cleaner environments. In my own city of Los Angeles, for example, in the 1980s I had to put up with an average of 150 “health advisory” days per year and 50 “stage one” ozone alerts caused by all the fine particulate matter in the air—dirt, dust, pollens, molds, ashes, soot, aerosols, carbon dioxide, sulfur dioxide and nitrogen oxides—AKA smog. Today, thanks to the Clean Air Act and improved engine and fuel technologies, in 2013 there was only one health advisory day, and 0 stage-one ozone alerts. Across the country, even with the doubling of the number of automobiles and an increase of 150% in the number of vehicle-miles driven, smog has diminished by a third, acid rain by two-thirds, airborne lead by 97%, and CFCs are a thing of the past.

Today’s world has its problems — many of them serious ones — but, while we work to fix them, it’s important to see them with astronomers’ lookback-time eyes. With their historical context, even our worst problems show that we have made progress.

Rewind the tape to the Middle Ages, the Early Modern Period or the Industrial Revolution and play it back to see what life was really like in a world lit only by fire. Only the tiniest fraction of the population lived in comfort, while the vast majority toiled in squalor, lived in poverty and expected half their children would die before adulthood. Very few people ever traveled beyond the horizon of their landscape, and if they did it was either on horseback or, more likely, on foot. No Egyptian pharaoh, Greek king, Roman ruler, Chinese emperor or Ottoman sultan had anything like the most quotidian technologies and public-health benefits that ordinary people take for granted today. Advances in dentistry alone should encourage us all to stay away from time machines.

As it turns out, these are the good old days, and we should all be thankful for that.

Michael Shermer is the Publisher of Skeptic magazine, a monthly columnist for Scientific American, and a Presidential Fellow at Chapman University. He is the author of a dozen books, including Why People Believe Weird Things and The Believing Brain. His next book, to be published in January, is entitled The Moral Arc: How Science and Reason Lead Humanity Toward Truth, Justice, and Freedom. 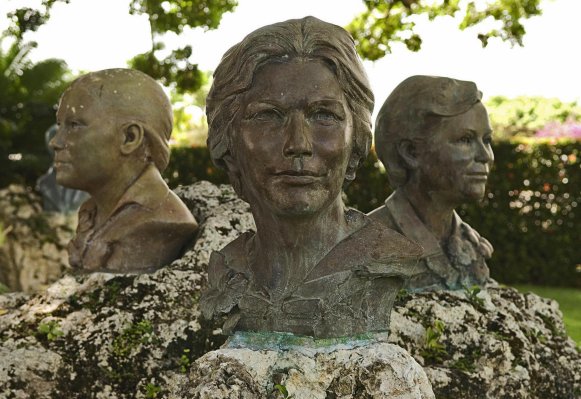 The Brutal Triple Murder Behind the International Day for the Elimination of Violence Against Women
Next Up: Editor's Pick