Oxford’s lexicographers keep watch over billions of words every month—from literary novels to academic journals to blogs—and at the end of the year they put their brainy heads together to select a single word that best embodies the zeitgeist. Out of this year’s haze of nominees and debate emerged four little letters.

Vape, a verb meaning to inhale and exhale the vapor produced by an electronic cigarette or similar device, beat out everything from bae to normcore. It was coined in the late 1980s when companies like RJR Nabisco were experimenting with the first “smokeless” cigarettes. But, after years of languishing, the word is back, needed to distinguish a growing new habit from old-fashioned smoking. According to Oxford’s calculations, usage of vape, which as a noun can refer to an e-cigarette or similar device, more than doubled between 2013 and 2014.

“It’s hard to anticipate what’s going to capture the public imagination at any given moment,” Casper Grathwohl, president of Oxford’s dictionaries division, tells TIME. “Vape only really caught on a few years ago and now we’ve seen a dramatic rise.”

But, he notes, Oxford doesn’t choose a word of the year simply based on how much ink has been spilt writing it. “A word is just the surface of something that often has a really complex and rich life underneath,” he says.

On the surface, vape’s selection captures the exploding popularity of e-cigarettes—which, effectively invented in 2003, are suddenly close to a $2 billion market. It also memorializes this year’s historic opening of legal marijuana shops, where residents in Colorado and Washington state can buy vape pens (devices that vaporize liquids containing nicotine or cannabis into forms users can inhale) for about $60.

Deeper, Grathwohl says, the word has ties to our preoccupations with freedom and health and legislation. “Vape has been a lightning rod for a lot of discussion about the positions we want to take as a society,” he says. How great of a health problem are (e-)cigarettes and what place do they have in our culture? What should be kept out of public spaces? What should be regulated by the government? The word vape could find itself in answers to all those questions (like the ones Eliza Gray tackled in a TIME story this September, “The Future of Smoking”).

The word’s rise also carries an undertone of technological advancement: vape has had an opportunity to become popular because a device that seemed futuristic when the word was coined is now in the average corner shop. With the invention of vapor culture has come a whole lexicon, Grathwohl says: vaper, vapoholic, vaporium, carto, e-juice. Vaping has even forced society to throw the word tobacco in front of traditional cigarettes, a clarification that would have seemed silly and redundant a few years ago.

An Open Letter to People Bothered by My E-Cig Vapor

An Open Letter to the Person Smoking Their E-Cigarette Indoors

Oxford’s 2014 selection was on another level a balancing act, countering the cuteness of their word of the year in 2013: selfie. Though last year’s selection went viral—and proclaiming words of the year is partly an exercise in getting free publicity—Grathwohl says they felt the selection needed to be a little more serious this year. That is, perhaps, why some of these words made their short list but did not rise to the top:

bae (n., slang): a term of endearment for one’s romantic partner, likely a shortening of baby or babe, though some theorize that it is an acronym for “before anyone else.” The word can also be used as an adjective to describe something good or cool.

Oxford’s selection is the first of many big ones to come before 2014’s word-anointing season ends in early January.

Read next: Words of the Year: How the Pithy Tradition Began

For your security, we've sent a confirmation email to the address you entered. Click the link to confirm your subscription and begin receiving our newsletters. If you don't get the confirmation within 10 minutes, please check your spam folder.
Most Popular on TIME
1
How COVID-19 Could Change Amsterdam's Red Light District
2
White Couple Charged After Pulling Gun Outside Chipotle
3
St. Louis Protesters Return Armed Couple's House 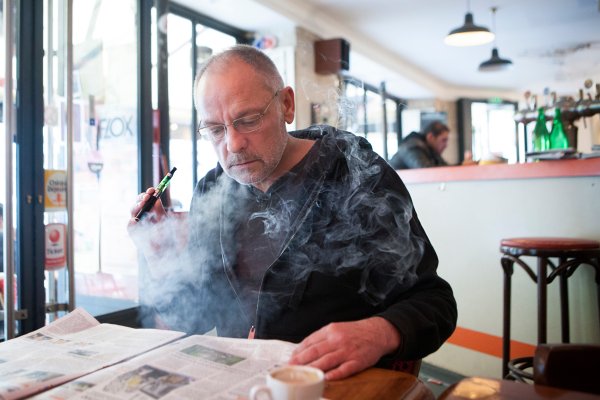