There’s a lot of evidence that taking low doses of aspirin daily can help heart attack patients avoid a second event. Aspirin’s ability to reduce inflammation and keep blood from forming vessel-blocking clots can be a life-saver. But what about the many Americans who take it daily hoping to avoid a first heart attack or stroke? The data there is more conflicting, and a large new study in JAMA published Monday suggests it may not make much of a difference.

The Food and Drug Administration recently said there was not enough evidence to support the idea that aspirin can prevent a first heart attack. So researchers in Japan decided to investigate the issue among 14,646 volunteers between the ages of 60 years and 85 years. Between 2005 and 2007, these participants, none of whom had had any heart events, but all of whom had at least one of the risk factors that could make them vulnerable, were randomly assigned to take a low-dose aspirin every day or not. They were allowed to continue taking whatever medications they were already or, or begin taking new drugs if their doctor prescribed them during the study.

Now, reporting in JAMA, scientists say that after five years, the study’s review board ended the trial when it was clear that there were no significant differences between the two groups when it came to heart attacks, strokes, other heart events or death. In that time, 58 people in the aspirin group died of heart-related causes, while 57 in the non-aspirin group did. Overall, 2.77% of those taking aspirin had a heart attack or stroke, compared to 2.96% among those not taking the drug — a difference that was not statistically significant.

MORE: A Low Daily Dose of Aspirin Can Cut Deaths From 3 Kinds of Cancer

The results add to the growing data on what role aspirin can play in preventing first heart events; previous studies showed that the over-the-counter drug was linked to anywhere between a 12% to 23% lower risk of events compared to non-aspirin use. But concerns over aspirins side effects, which include gastrointestinal bleeding, have made doctors more wary of recommending it for patients who have not yet had a heart event. Studies on aspirin in this group of otherwise healthy people are also difficult to conduct, since many people currently take multiple medications for various heart risks, including blood pressure drugs and cholesterol-lowering medications, making it difficult to determine what effect aspirin may have.

That’s why three other studies are currently investigating aspirin’s potential role in helping patients who have not yet had heart disease to avoid having heart attacks or strokes. One involves those with diabetes, another focuses on those with multiple heart-disease risk factors and the final trial concentrates on people over 70. Until those results are available, the authors say that patients should discuss with their doctors whether daily low-dose aspirin can help them to lower their risk of having a heart attack. For some, the benefits may outweigh the risks of bleeding, while for others, the side effects may not be worth the risks. 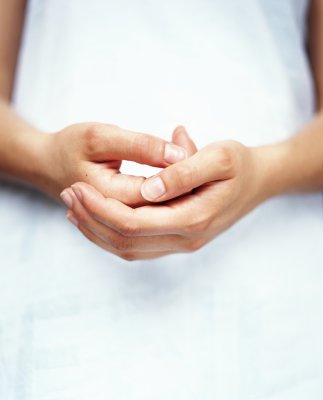 How Mindfulness Protects Your Heart
Next Up: Editor's Pick