FREETOWN, SIERRA LEONE - APRIL 5, 2014: In this handout provided by the United Methodist News Service, surgeon Dr. Martin Salia, poses for a photo at the United Methodist Church's Kissy Hospital April 5, 2014 outside Freetown, Sierra Leone. Salia, was flown to Omaha, Nebraska from Sierra Leone for treatment at the medical center's specialized bio-containment unit after testing positive for Ebola. According to the Medical Cental Martin Salia died on November 17, 2014 as a result of the advanced symptoms of the disease. (Photo by Mike DuBose/United Methodist News Service via Getty Images)
Handout—Getty Images
By Alexandra Sifferlin

Doctors in Omaha who helped to treat a surgeon who had contracted Ebola in Sierra Leone said at a news conference Monday that the virus had progressed too far for him to be saved.

Nebraska Medical Center called its treatment of Dr. Martin Salia a “heroic effort.” Salia arrived critically ill on Saturday and was given the experimental drug ZMapp as well as a transfusion of blood from someone who had survived the disease. The hospital, which had previously treated two other cases successfully, did not disclose the donor.

“Even though this was the best possible place for a patient, at the very advanced stages, even the most modern techniques that we have at our disposal are not enough to treat these patients,” said a hospital representative involved in Salia’s care during the news conference.

Salia was said to have no kidney function, working extremely hard to breathe and was unresponsive. The hospital placed Salia on dialysis but he eventually went into complete respiratory failure. He had severely low blood pressure and progressed to cardiac arrest. He died around 4 a.m. on Monday.

“It was an absolute honor to care for Dr. Salia,” said one of the nurses involved in his care.

The White House issued a statement after news of Salia’s death became public: “Dr. Salia’s passing is another reminder of the human toll of this disease and of the continued imperative to tackle this epidemic on the frontlines, where Dr. Salia was engaged in his calling.”

More than 5,000 people have died in the Ebola outbreak, the World Health Organization reports, including at least 324 health care workers. 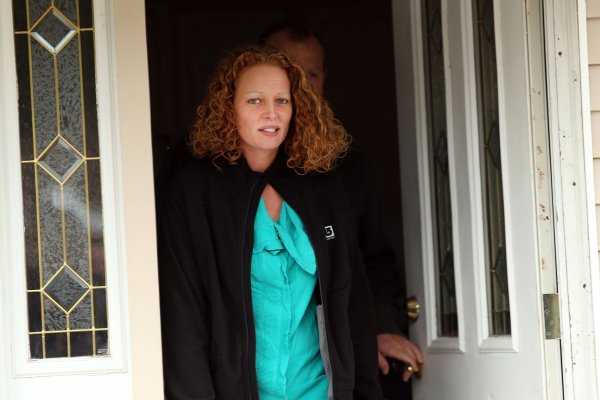 Kaci Hickox: 'Stop Calling me the 'Ebola Nurse' — Now!'
Next Up: Editor's Pick