Pope Francis greets cardinals as he arrives at the Synod Hall for the morning session of Extraordinary Consistory on the themes of Family on February 21, 2014 in Vatican City, Vatican.
Franco Origlia—Getty Images
Ideas
By Christopher J. Hale
Hale is a Democratic politician from Tennessee; he has been a Catholic nonprofit executive and helped lead faith outreach for President Barack Obama.

After months of speculation, Pope Francis made it official Monday: he plans on visiting the United States in September 2015. For his first ever trip to the nation, Francis will go to Philadelphia for the 8th World Meeting of Families.

This much anticipated gathering will take place just weeks before the Vatican’s 2015 Synod of the Family. The meeting and the synod will serve as the conclusion of a year long discernment process by the Church on the best way forward in approaching thorny issues surrounding family life, particularly pastoral outreach to the LGBT community and communion for divorced and remarried couples.

Last month, the Church began this discernment process at an extraordinary synod called by Pope Francis. The meeting’s blockbuster midterm report affirmed the “gifts and qualities” of the LGBT community and courageously asked, “are we capable of welcoming these people, guaranteeing to them a fraternal space in our communities?” Though the attending bishops rejected this language in the final report, it’s clear that this conversation about family life has advanced forward and will dominate the Church in the next year.

On all these issues, Pope Francis has consistently been revealing his cards throughout the process. For one, Francis has asked the Church to be open to a new way forward. In a September homily, the pope debunked the worst myth in and about the Catholic Church: that it doesn’t change. In fact, the Church asks us, Pope Francis says “to leave aside the old structures: they are of no use! And to take up new wineskins, those of the Gospel.”

The Church that Pope Francis dreams of is a home for everyone: “the Church is not a tollhouse; it is the house of the Father, where there is a place for everyone, with all their problems.” This Church is with people and engaged in their sufferings. Francis puts it this way: “I prefer a Church which is bruised, hurting and dirty because it has been out on the streets, rather than a church which is unhealthy from being confined and from clinging to its own security.” And finally, this is a Church that distributes its sacraments widely and doesn’t use them as a weapon to divide its flock. The Eucharist, Francis says, “is not a prize for the perfect, but a powerful medicine and nourishment for the weak.”

Pope Francis is hoping that the Church that gathers in Philadelphia will be open to what he calls the “newness” of God. But clearly not everyone is on board with the Francis agenda. American Cardinal Raymond Burke–who was recently demoted–has been Francis’s most vocal critic: “The pope rightly speaks of the need to go out to the peripheries….The people have responded very warmly to this. But we cannot go to the peripheries empty-handed….Faith cannot adapt to culture but must call to it to convert. We are a counter-cultural movement, not a popular one.”

Cardinal Burke’s critique perhaps lays out the biggest question of the 2015 meeting in Philadelphia. Yes, the Church must go and encounter the world. But what must be the contours of this engagement look like? And how far is the Church willing to modify its practices in this effort? Even Francis doesn’t know the answer to these detailed questions, but less than a year away from this historic gathering in the City of Brotherly Love, he’s sure of his basic hope: “Let the Church always be a place of mercy and hope, where everyone is welcomed, loved and forgiven.”

Christopher Hale is a senior fellow at Catholics in Alliance for the Common Good and the co-founder of Millennial. He helped lead national Catholic outreach for President Barack Obama’s 2012 re-election campaign. 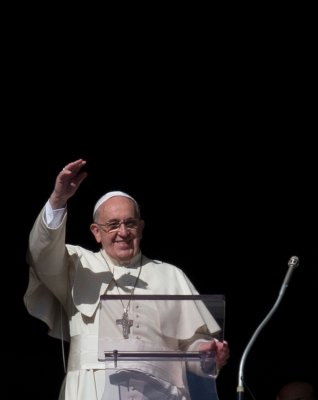 Pope Francis Is Coming to America
Next Up: Editor's Pick