A farmed blue-fin tuna on board a boat at a fish farm operated by the laboratory in Kushimoto, Wakayama Prefecture, Japan, on Tuesday, Oct. 21, 2014.
Tomohiro Ohsumi—Bloomberg / Getty Images
By Dan Kedmey

A dwindling population of bluefin tuna is among the species of fish that could vanish from the Pacific ocean for good, conservationists warned on Tuesday, unless constraints are placed on commercial fisheries that target the highly sought after fish.

The International Union for Conservation of Nature added Pacific bluefin tuna to its “vulnerable” list of more than 22,000 species threatened with extinction, according to IUCN’s conservationists. The tuna was joined by American eels, Chinese pufferfish, and Chinese cobras.

“The Pacific Bluefin Tuna market value continues to rise,” said the organization’s tuna and billfish specialist Bruce Collette. Without curbing catches of juvenile fish, he added, “we cannot expect its status to improve in the short term.” The group estimates that the population has diminished by 19% — 33% over the past 22 years. 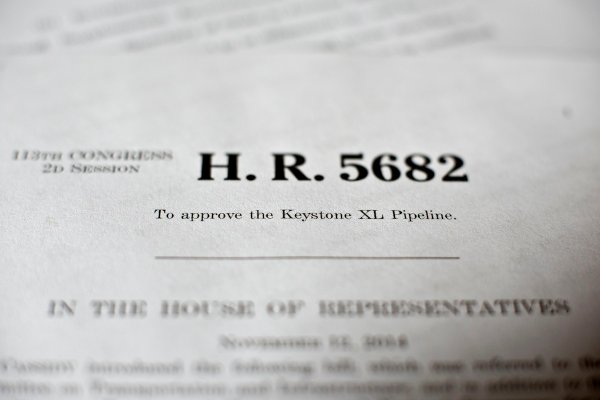 Congress May Approve the Keystone XL Pipeline, but History Shows How the Debate Has Shifted Against Energy Producers
Next Up: Editor's Pick