A man holding a shopping bag walks on a street at Tokyo's Ginza shopping district on Nov. 16, 2014
Yuya Shino—Reuters
By Michael Schuman

If anyone is still holding out hope that Abenomics — the unorthodox slate of economic policies named after their inspiration, Japanese Prime Minister Shinzo Abe — could rescue Japan from its two-decade slump, the news on Monday should dash it. The troubled economy surprised analysts by (once again) tumbling into recession. GDP in the quarter ended September shrank by an annualized 1.6% — far, far worse than the consensus forecasts. That followed a disastrous 7.3% contraction in the previous quarter. Speculation in Japan is that the bad results will push Abe to call a snap election only two years after taking office.

What’s going on in Japan is important for all of us. Since the economy is still the world’s third largest (after the U.S. and China), a healthy Japan could provide a much needed pillar to growth in a struggling global economy.

The current downturn is being blamed on a hike in the consumption tax, implemented in April to try to stabilize the government’s feeble finances, which slammed consumer spending. It is now expected that Abe will delay a further increase in that tax scheduled for next October. But the real causes lie much deeper — in the failings of Abe’s economic agenda.

The idea behind Abenomics was to boost the economy with massive stimulus from the Bank of Japan (BOJ) and the government combined with structural reform of the economy, or what has been called the third arrow. The problem is that we got the first two arrows, but not the third. While the BOJ kept its printing presses rolling, dramatically weakening the value of the yen, badly needed deregulation and market-opening has come extremely slowly. Some critical changes, like a loosening of labor laws, seem to be off the menu entirely. The result is that the actual potential of the economy has not been enhanced. Meanwhile, the welfare of the average Japanese family hasn’t improved either. Wages haven’t advanced much, while prices have increased.

If Japan’s situation proves anything, it is the limits of central bank policy to fix economies. Despite a torrent of cash infused into the economy through the BOJ’s “quantitative easing” or QE, Japan’s economy remains mired in slow growth and stagnant household welfare. That’s why it is hard to imagine that the BOJ’s October decision to increase its QE program will make a major difference. So that’s the takeaway for policymakers in the U.S. and especially a stumbling Europe: If you’re going to rely too much on central bankers to revive growth, you’re going to fail.

The question facing Abe is whether he can press ahead more quickly with important reforms, either in his current administration or after a fresh election, which his party will still mostly likely win. Based on his recent track record, we don’t have reason to be confident. But maybe one day Japan will give us a surprise — in a good way.

Read next: It May Be Too Late for Japan’s PM to Fix the World’s Third Largest Economy 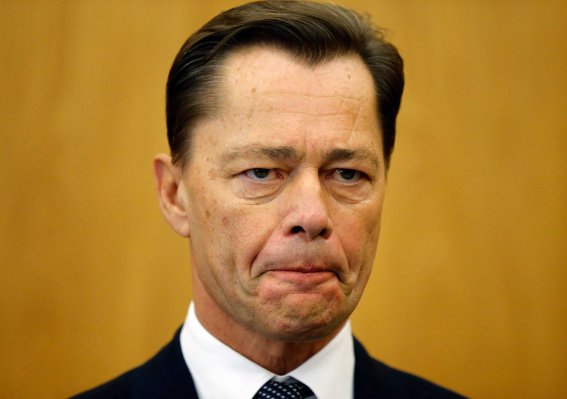