A banner introducing the Shanghai–Hong Kong Stock Connect is displayed in front of a panel showing the closing blue-chip Hang Seng Index at the Hong Kong Stock Exchange in Hong Kong on Nov. 10, 2014
Bobby Yip—Reuters
By Michael Schuman

When Great Britain handed Hong Kong back to China in 1997, it did so under the formula of “one country, two systems.” Though officially controlled by Beijing, Hong Kong maintained a separate governing, legal and financial system from the mainland. Starting Monday, however, the relationship is changing to something more like “one country, two a-bit-more-connected systems.”

That’s because of Shanghai–Hong Kong Stock Connect, a pilot program that is linking the stock exchanges of the two metropolises together. For the first time, investors in Hong Kong and China will be able to directly trade shares on each other’s stock markets.

This may sound like an arcane event in the heady world of global finance, of interest only to a few local traders. But it’s not. Even though China is the world’s second largest economy, its financial system and capital markets remain fairly closed off. Controls limit flows of money in and out of the country, while foreign investors can buy Chinese shares only on a highly restricted basis. The Connect program is a step in a much bigger process with much bigger implications for the global economy — opening China up to international finance and upgrading its financial markets. The Stock Connect scheme “should increase the scale and relevance of these markets and also improve market efficiency and the robustness of China’s financial system in general,” HSBC equity strategists noted in a recent report. “We also believe the co-operation between Hong Kong and Shanghai shows the way forward for other markets in China — i.e. a coordinated and controlled approach to opening markets.”

If Beijing continues to reform its financial system — as its top leaders have pledged — the consequences could be huge. Already a titan in manufacturing, a China with a more open, professional and market-oriented financial sector could also become a major player in international banking and other services. Just as newly wealthy Chinese shoppers are reshaping global consumer markets, Chinese investors, once able to more freely take their money out of the country, would become much more important on the world stage too. HSBC, in its report, pointed out that if the Hong Kong exchange was integrated with China’s bourses (in Shanghai and Shenzhen), it would be the second largest stock market in the world, based on the combined value of their listed companies.

That is, of course, in theory only. China never employs the big-bang strategy when it comes to reform, and the Connect program is no different. At the start, the amount of money flowing through the scheme in either direction has been capped, to about $49 billion into China and $41 billion into Hong Kong. That may sound like a lot, but in fact, each figure is the equivalent of only 1% of the total capitalization of the markets in China and Hong Kong. Many investors may dither on the sidelines for the moment since there is some remaining uncertainty over how the scheme will actually operate.

Most analysts also doubt the scheme will be expanded quickly. “The Connect scheme has the potential over the medium term to become an important conduit for flows into and out of China,” commented Mark Williams, chief Asia economist at research firm Capital Economics. However, “most likely, the Connect scheme will be scaled up only slowly. And it has been devised so that flows will be monitored and could be curtailed if they threatened market or economic instability.”

So like much of China’s recent reform efforts, the promise of what could be and the reality of what actually is differ greatly. On a certain level, that makes sense. If China threw its unsophisticated and ill-prepared financial system to the trials of global money flows, disaster could result. At the same time, Beijing’s policymakers introduce change in such tiny steps it’s hard to tell when they might actually get somewhere. 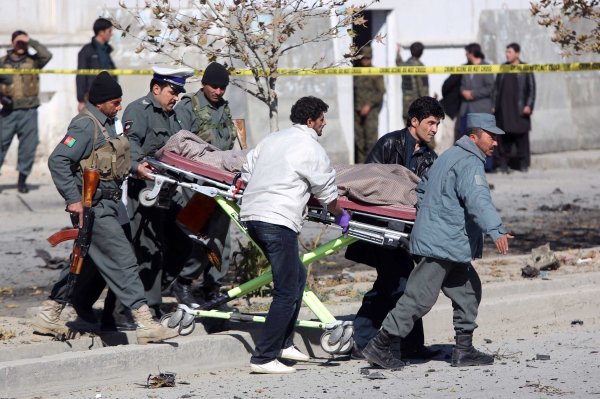