Abdul-Rahman (Peter) Kassig is pictured making a food delivery to refugees in Lebanonís Bekaa Valley in this May 2013 handout photo.
Reuters
By Nolan Feeney

A former U.S. Army Ranger, 26-year-old Kassig was working as a medical aid to Syrians escaping civil war when he was captured in Syria in October of last year, the Associated Press reports. He converted to Islam in captivity and went by the name Abdul-Rahman.

“Abdul-Rahman was taken from us in an act of pure evil by a terrorist group that the world rightly associates with inhumanity,” Obama said in a statement. “Like Jim Foley and Steven Sotloff before him, his life and deeds stand in stark contrast to everything that [ISIS] represents. While [ISIS] revels in the slaughter of innocents, including Muslims, and is bent only on sowing death and destruction, Abdul-Rahman was a humanitarian who worked to save the lives of Syrians injured and dispossessed by the Syrian conflict.”

The 16-minute video, which claims the execution took place in the Syrian town of Dabiq, also showed the beheadings of several Syrian soldiers.

“[ISIS]’s actions represent no faith, least of all the Muslim faith which Abdul-Rahman adopted as his own,” Obama said in his statement.

The video, posted to websites previously used by the group, warns the U.S. to cease its airstrike campaign in Iraq and Syria, which the U.S. began earlier this year in order to halt the group’s expansion.

“There can be no greater contrast than that between Abdul-Rahman’s generosity of spirit and the pernicious evil of [ISIS],” U.S. Secretary of State John Kerry said in a statement. “During his time in captivity, his family, and the entire government, including his home state Senator Joe Donnelly, worked to avoid this tragic outcome. His mother’s searing plea directed to his captors is unforgettable. The fact that her appeal went unheeded is only further testament to the wicked inhumanity of the [ISIS] terrorists who have taken her son from her.”

In a statement released by the Pentagon late on Sunday, U.S. Secretary of Defense Chuck Hagel saluted Kassig’s relentless dedication to serving others — first as a ranger and then later as an aid worker — during his short life.

“As we join his loved ones in mourning his loss, we also celebrate his service,” said Hagel. “And we celebrate his commitment – a lifetime commitment to, as he said, ‘stand beside those who might need a helping hand.’” 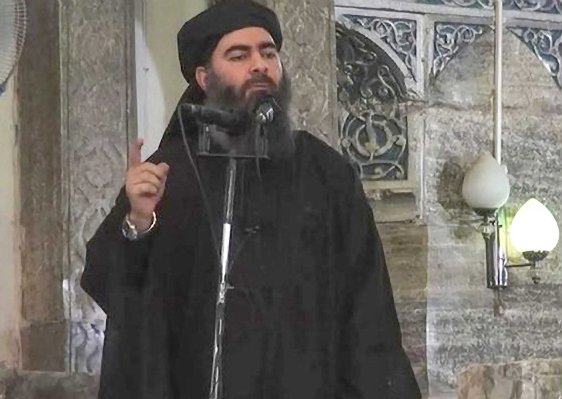 Why ISIS Can Survive Without Baghdadi
Next Up: Editor's Pick