Sweden Confirms Foreign Submarine Was in Its Waters

The Swedish minesweeper HMS Kullen and a guard boat in Namdo Bay on their fifth day of searching for a suspected foreign vessel in the Stockholm archipelago on October 21, 2014.
FREDRIK SANDBERG—AFP/Getty Images
By Sarah Begley

The hunt for a rogue submarine in Sweden’s waters last month has now confirmed that a foreign vessel was there, the Swedish government said Friday, but the origin of the ship still remains unclear.

Swedish intelligence agents detected distress signals on Oct. 16, and on Oct. 17 civilians saw an object that appeared to be a submarine in the water east of Stockholm. The following day, Sweden reportedly intercepted transmits from those waters to the Russian town of Kalingrad, leading to suspicions that the vessel may have been Russian. Russia denied this claim during the search.

“The Swedish defense forces can confirm that a mini u-boat violated Swedish territory,” a Swedish military commander told reporters, according to AFP. “This is a serious and unacceptable violation by a foreign power.”

Prime Minister Stefan Loefven warned that such incursions will not be tolerated. “We will defend our territorial integrity with all available means,” he said. 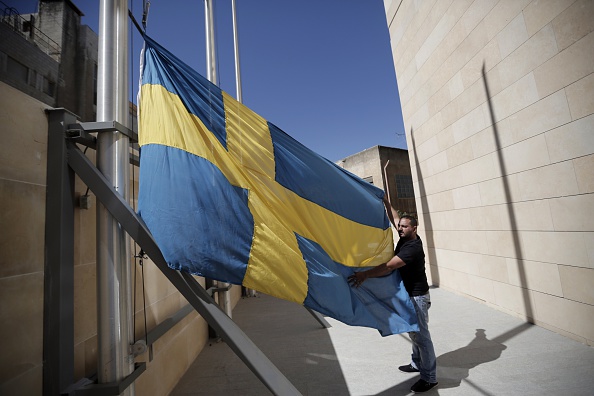 Sweden Says It Recognizes Palestinian State
Next Up: Editor's Pick