Bradley Cooper and Clint Eastwood on the set of 'American Sniper' in Malibu, California on June 4, 2014 in Los Angeles.
TSM/Bauer-Griffin/GC Images/Getty Images
By Eliana Dockterman

Anyone who has seen the Hangover movies knows Bradley Cooper was already in great shape. But in order to play the most lethal sniper in U.S. military history in American Sniper, he needed to add 40 pounds of muscle.

“He was eating about every 55 minutes or something like that, and I want to say it was about 8,000 calories a day,” the film’s writer-producer Jason Hall recently told People. The actor also worked out four hours a day for several months and trained with a Navy SEAL sniper to learn to shoot.

American Sniper follows the real-life story of Navy SEAL Chris Kyle, who completed four tours in Iraq and earned the nickname “Legend” before being killed by a fellow vet in 2013. It’s directed by Clint Eastwood and hits theaters on Christmas Day. 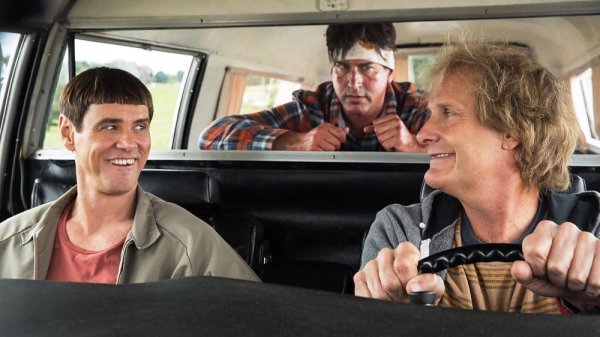 REVIEW: Can't Get Much Dummer Than 'Dumb and Dumber To'
Next Up: Editor's Pick