What Employers Get Wrong When It Comes to Hiring

Pat was well-qualified for the job. So, without puffery, her resume, cover letter, interview and references made that clear.

Chris wasn’t qualified for the job but wanted it, so hired a professional resume writer who not only sanitized his job history as much as possible but made Chris look far more intelligent, organized and detail-oriented than is true. A job coach gave Chris model answers for likely interview questions and then, on video, pointed out when the delivery didn’t seem credible. (For free, the government also often provides resume and interview coaching, including video.) Having been fired from the previous jobs for incompetence, laziness and lack of ethics, Chris had no legitimate good references and so pressured his Uncle Al to pretend to be Chris’s former boss so that when a prospective employer called for a reference, Uncle Al would say, “Chris was a fabulous employee.”

It’s probably rare that someone uses all those deceptions, but too often the Chrises of the world get the job over Pats. When this happens, it’s devastating not just to the Pats but to society. Hiring a Chris in the private sector means the goods and services we buy and pay for are worse. When the government hires Chrises, it means that everything from education to police is compromised.

Employers could do far better when it comes to hiring. Here’s how.

Wise employers realize that it’s safer to hire someone referred by an employee or friend because they’re unlikely to recommend someone bad. There’s greater risk in hiring an unknown.

But many employers ill-advisedly focus on unknowns by placing job ads. A report by CareerXroads, a consultancy to corporations on hiring, found that in 2013, 34.5% of hiring by the 250 large companies surveyed came from career sites and job boards. Ads often poorly describe what’s required of an employee. A wise employer, if using an ad, will list only the job’s central and difficult requirements. That results in clearer, fairer communication with job seekers. Also, an ad should post a salary range—for example, “$85,000-$100,000 depending on the candidate’s qualifications.”

Employers should think twice about requiring a degree. Yes, a degree is an objective criterion but too often a invalid one. Sometimes, the boldest thinkers and self-starters are those who decided that the years and cost of the degree would be more wisely spent outside the halls of academe. The wise employer doesn’t automatically exclude such candidates.

Require all applicants to take an online test that simulates the job’s difficult, important tasks. To reduce cheating, applicants would be informed that the interview will include a parallel exam, proctored. That is typically a far more valid screening criterion than a cover letter or resume, which could have been ghost-written.

The wise employer might want to not require a resume. Even if the candidate doesn’t use a hired gun, aggregations of survey results by Statistic Brain and Grad School Hub show that a large percentage of resumes contain misleading information or outright lies. Remember, too, that excellent candidates may not be actively looking for a job. They’re well employed and don’t need to spend the time developing a resume. If they saw a job opening that was appealing and it didn’t require the hours it takes to create a resume, they might be more inclined to apply.

It’s a mistake to ask questions that applicants could reasonably anticipate, such as “Tell me about yourself,” “Why the employment gaps?” “What are your greatest strengths and weaknesses” and “What project are you proudest of and least proud of and what did you learn from that?” Because such questions are so common, there’s a fair chance the interviewee is spewing a scripted answer found in an interviewing guide or provided by a job coach.

After the proctored job-simulation exam, the interview should consist mainly of actual simulations of difficult, common tasks in that job. For example, if it’s a candidate for a managerial position, you might ask the candidate to run a meeting. Or say, “Pretend I’m your supervisee and my work is of poor quality and my work ethic is bad. Role play that meeting.”

Don’t skip the background check. With the amount of deception in applications, a background check is essential. Thanks to the online availability of so much data, a professional background checking service can, at low cost, verify much of what’s stated on the application plus other key factors, for example, if s/he is on the list of registered sex offenders.

Reference checks. For fear of a lawsuit, many employers will only verify dates of employment and whether the person left voluntarily. Alas, even the latter may not be trustworthy because, to get a bad employee to leave without suing, the employer may have agreed to tell subsequent employers that the employee left voluntarily.

But it’s still worth trying to get a meaningful reference. Do it by phone rather than by email. The tone with which an employer says, “She left voluntarily” can speak volumes. Do try to get more than that. One way is to make your request in a human way, for example, “The person I hire will work closely with me. It’s really important I get someone competent, hard-working, ethical, low-maintenance and kind. Do you think I’ll be happy with this person?” Again, the reference may not say a lot but you can learn a lot from tone.

The hiring decision. It’s wise to base your decision more on intelligence and drive than on degrees and experience. A person could be great at school and lousy in the workplace. He could have 20 years of experience, but have been a low-quality employee for those 20 years. It’s much easier to teach skills than to increase someone’s intelligence and drive.

Too often, employers don’t even give applicants the dignity of a rejection letter, leaving them hanging indefinitely. And candidates deserve a rejection letter that’s more helpful than, “We’ve had many qualified applicants.” Candidates put much time and emotional energy into applying. They deserve at least a bit of brief honest feedback.

Too often, when employers give feedback, they don’t give the real reason but something hard to argue with like, “You’re overqualified,” “We wanted someone with more direct experience” or “We chose someone with a master’s degree,” when in fact if the candidate showed better reasoning skills, drive, technical expertise or ethics, she would have been hired.

Honest feedback benefits both candidates and society. Imagine how much growth to people and society would accrue from simply giving all rejected candidates a bit of honest feedback. Yes, giving the true reason(s) you rejected them may result in some of them arguing with you, but that seems a small price to pay.

In sum, the proposed model is simple: get your pool of applicants by referral, not ads; screen them using simulation rather than the cheat-prone resume, cover letter and interview questions; and treat all applicants with respect: not too many interviews and prompt, honest feedback to unsuccessful applicants.

That model requires less time while increasing the likelihood of a worthy person being hired. That serves not only employees and employers, but all of us. 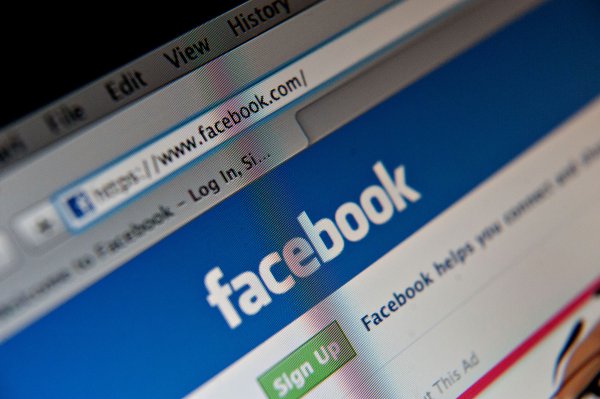 Your Facebook Profile is Also a Professional Tool
Next Up: Editor's Pick