You won’t see LeBron James’ sons scoring touchdowns anytime soon. The Cleveland Cavaliers all-star said in a new interview that he neither lets them play football, nor hockey.

“We don’t want them to play in our household right now until they understand how physical and how demanding the game is. Then they can have their choice in high school, we’ll talk over it,” James reasoned to ESPN. “But right now there’s no need for it. There’s enough sports they can play. They play basketball, they play soccer, they play everything else but football and hockey.”

James explained that health concerns led to the ban. “It’s a safety thing,” he said. “As a parent you protect your kids as much as possible.” Football aside, both of his sons still play several sports: LeBron Jr., 10, concentrates mainly on basketball while Bryce Maximus, 7, favors soccer.

He’s far from the first big name to speak out against youth football. President Barack Obama said last January that if he had a son, “I’d have to think long and hard” before letting him play. And Friday Night Lights director Peter Berg took an even firmer stand in a TIME op-ed this fall, saying he had forbidden his son from playing. But New Yorker columnist and best-selling author Malcolm Gladwell holds perhaps the most controversial position of all — that all college football should be banned.

James’ stance may come as a surprise to some fans. The two-time NBA champion has called football “his first love.” Along with being one of the most sought-after high school basketball recruits ever, he was also an all-state wide receiver at his high school in Ohio. But he dropped football in his junior year after breaking a wrist during the off-season. 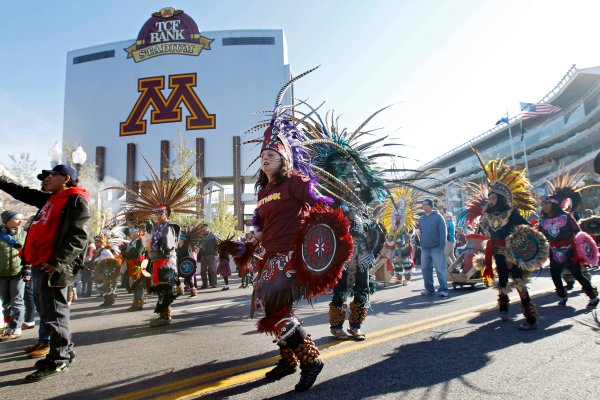