Despite conventional calorie-burning wisdom, some people appear to not lose weight when they exercise, says a new study published in The Journal of Strength and Conditioning Research. In fact, some actually gain weight, and it’s not all muscle mass.

The study, by Arizona State University in Phoenix researchers, looked at 81 sedentary, overweight women who exercised three times a week for 30 minutes in a lab. After 12 weeks, the researchers found that some women lost weight while others gained weight. But when they tried to identify what was causing the differences, they couldn’t come to any conclusions. “In reality, most people do not achieve or sustain weight loss, no matter what method they try,” wrote New York Times writer Gretchen Reynolds on Wednesday.

Basically, major bummer. But there are many other reasons to exercise besides trying to shed a few pounds, and they’re equally important for your health:

1. Memory Loss: Chronic inflammation and hormonal imbalances are a couple of factors that can play a part in memory loss, and exercise can help both. Exercise promotes better blood flow through the body, and the brain works better with a healthy blood supply. For example, a 2012 study published in the Journal of Alzheimer’s Disease showed that people who spent time on a stationary bike had better memory recall than those who were sedentary.

2. Stress: Exercise has long been prescribed as a way to burn off steam and relax. It’s even recommended as a way to fight depression. How? Exercise keeps the brain occupied, and keeps the stress hormone cortisol in check which can lower symptoms for anxiety and restlessness, according to The Exercise Cure, by sports medicine physician Dr. Jordan Metzl. After a rough day at work or before a big exam or interview, even just a walk around the block can ease nerves.

3. Fatigue: It may sound counterintuitive, but working out can actually make you less tired than skipping the gym. A 2007 University of Georgia study showed that sedentary people could lower their fatigue by 65% if they started engaging in regular low intensity exercise. Increasing energy through exercise is also a safer and cheaper alternative to turning to quick fixes like energy drinks.

4. Cardiovascular disease: Getting regular exercise does the heart some good. In a 2012 study, researchers found that people who partook in moderate intensity exercise like brisk walking compared to leisurely walking reduced their chances of developing risk factors for heart disease and diabetes. The effect might be related to exercise’s benefits on lowering inflammation in the body.

5. Lower back pain: Back pain is a very common ailment, and studies have shown that the right kind of exercises like strength training can lower pain. Exercise is also one of the simplest ways to protect your body from future injuries. 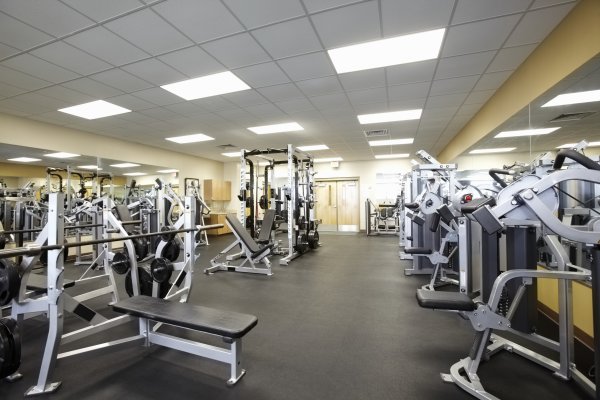 5 Ways to Make Yourself Work Out When You Don’t Want To
Next Up: Editor's Pick