On the heels of the officially-released Lorde track “Yellow Flicker Beat,” its Kanye West re-working, and the Ariana Grande and Major Lazer dance-floor jam “All My Love” comes an unofficial leak of Stromae’s star-packed number, “Meltdown.”

The dark synth dance track from the as-yet-to-be-released soundtrack pairs the Belgian dance superstar with rapper Pusha T, hip-hop legend Q-Tip and California dream rockers HAIM, as well as Lorde herself. The combination sounds unlikely, but so does bacon and chocolate and we all know how well that works. An ’80s-influenced kinetic earworm, expect “Meltdown” to get people bobbing their heads from here to Panem.

The Hunger Games: Mockingjay – Part 1 soundtrack is officially due out 11/18 on Republic. 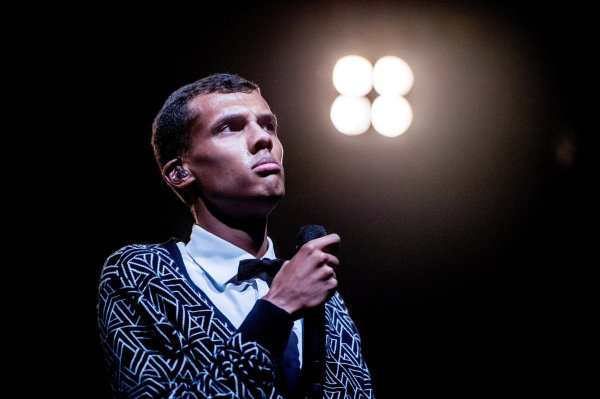