Lesley McSpadden and Michael Brown, Sr., parents of teenager Michael Brown, who was shot by a policeman in Ferguson, Missouri, speak during a press conference about the UN Committee Against Torture in Geneva, Switzerland on Nov. 12.
Martial Trezzini—AP
By Josh Sanburn

The grand jury that will decide whether a white police officer will be charged in the death of unarmed black teenager Michael Brown is close to wrapping up, lawyers for the Brown family said Thursday.

“We are probably reaching the end of the road as it relates to witnesses,” said Anthony Gray, one of the family lawyers, according to Reuters.

Gray and attorney Benjamin Crump also called for Ferguson residents to exercise restraint when a decision by the grand jury is announced, expected to be sometime this month. Earlier this week, Gov. Jay Nixon said that he would consider deploying the National Guard to quell potential violence in the wake of a grand jury decision.

Ferguson, which is predominantly black but overseen by a largely white police force, became a focal point for race relations in the U.S. this summer when officer Darren Wilson shot 18-year-old Brown. Witnesses have provided differing versions of the incident, with some describing a physical altercation between the two while others saying Wilson shot Brown as he had his hands up.

Pathologist Michael Baden was set to testify Thursday. According to an autopsy performed by Baden, Brown was shot at least six times, twice in the head.

Read next: Ferguson Braces for the Worst Ahead of Grand Jury Decision 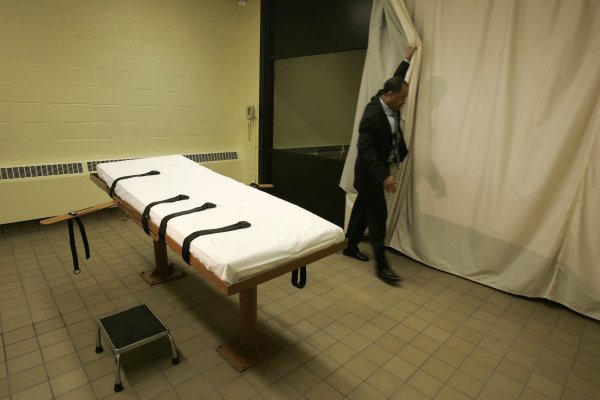