A day of severe bombing in the Syrian rebel stronghold of Aleppo has left 90 people dead, according to a monitoring group opposed to the regime of President Bashar Assad. The regime’s fresh assault on the northern city came just two days after a first round of peace talks ended without any tangible progress toward ending the three-year civil war.

Government forces used barrel bombs, or drums packed with shrapnel and explosives able to level entire buildings in one hit, according to the Syrian Observatory for Human Rights. The area of Ansari was targeted with 17 air strikes in four hours, CNN reports. Ten fighters from the radical Nusra Front were killed as well.

A second round of peace talks is set to begin Feb. 10, but it is unclear whether the Syrian government will return to Geneva. The first round of talks got off to a shaky start, with Secretary of State John Kerry denouncing Syrian human-rights abuses and the Syrian government refusing to hold direct talks with the U.S. unless Kerry apologized.

“The humanitarian situation is very bad, there is a huge number of wounded people,” one medical staffer from a field hospital in Aleppo said. 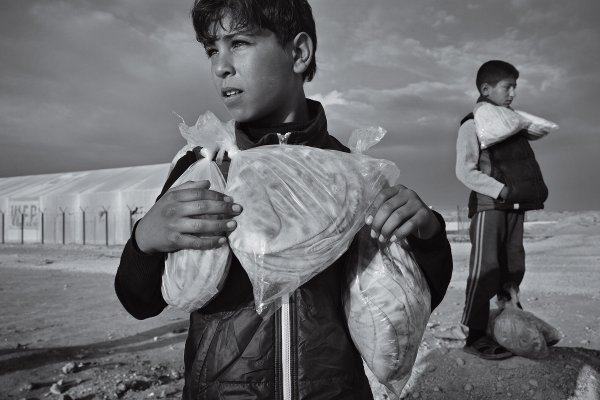 Cities of Sorrow for Syrian Refugees
Next Up: Editor's Pick