The Cancer Breakthrough With Big Implications

Once you’ve been diagnosed with cancer, you’re sent for a dizzying array of tests — but most of them are focused on you, as the living host of the tumors, and not on the malignant growths themselves.

That may soon change, as researchers report in the journal Science. Some cancer centers already take biopsies of tumors and run them through genetic tests, to get a better sense of what’s driving the cancer. That information can be helpful in deciding which of the growing number of targeted anti-cancer drugs will work best to stop those growths.

But the down side of these powerful drugs is that tumors become resistant to them relatively quickly, often within a year or two. So to find better ways of stopping such resistance from developing, Jeffrey Engelman and his co-senior author Cyril Benes from Massachusetts General Hospital took tumor testing one step further. They actually allowed some of those tumor cells — from lung cancers — to grow in a lab dish. That made it possible to throw various anti-cancer drugs at them to see how the cancer cells responded — providing a valuable window into how the tumors inside the body might react.

They found, not surprisingly, that hitting tumors with combinations of targeted drugs could effectively shut down the cancer cells’ ability to resist the treatment. When they transplanted the human tumors into mice, those given the combination of drugs saw their growths shrink, and the drugs remained active nearly twice as long as the single drug in suppressing tumor growth. The findings could help doctors to tailor cancer treatments specifically to individual patients and help them to avoid drug resistance and ultimately improve their chances of surviving their cancer.

MORE: Here’s How Well Your Genes Can Predict Your Breast Cancer Risk

“It’s a substantial step,” says Engelman of the results. “Because before we just had the genetic information but we wouldn’t have the cells alive so that we could test what types of therapies might work.”

He and Benes stress that they haven’t used their screening method yet to guide any patient treatment decisions, but hope that will happen soon. They’re encouraged by the fact that their method identified several mutations that might be driving cancer that hadn’t been known before, thus opening up the number of drugs that target these abnormalities that patients could take.

“Sometimes there are genetic mutations in genes that we can’t target [with a drug]. Sometimes there is ambiguity in genetics — we know the mutations but we don’t know what they mean, or there are multiple mutations together and we don’t know how to treat them. And sometimes we don’t know what mutations are driving the cancer,” says Engelman. But by testing the actual tumor cells against well known drugs or drug combinations, researchers wouldn’t have to know the answers to all of these questions. Instead they could cut straight to the arguable most important outcome — finding the best drugs for treating a particular patient’s cancer. Ultimately, the researchers see such drug screening as going hand in hand with genetic screening – the gene tests would identify the known mutations, and that would inform which drugs to test tumor cells against.

Before that happens, Engleman and Benes admit that more refinements need to be made in their process. Now, it takes two to six months to grow the tumor cells properly in order to be screened by the drugs. That time needs to be shrunk to a weeks or even days if doctors and patients can take advantage of the information. But they’re confident that will happen. “We know ways to cut this shorter,” says Engelman. “What’s exciting is that this technology make you think you have a real shot at getting there. And we’re going to take that shot.” 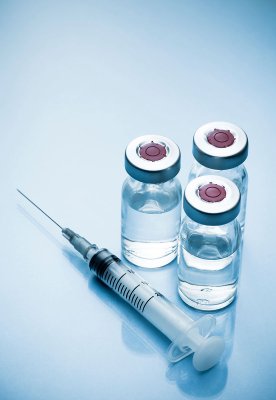 States With High HPV-Vaccine Rates Have Less Cancer
Next Up: Editor's Pick