The Inconvenient Truth About the U.S.-China Emissions Deal: It's Meaningless

On Wednesday, U.S. President Barack Obama and Chinese President Xi Jinping issued a “joint announcement on climate change” in which each country made pledges about how they intend to handle future emissions of their greenhouse gases. The announcement was hailed by most environmental groups and much of the media as “historic,” a “breakthrough, and a “game-changer.” Careful parsing of the text’s diplomatic jargon suggests that the joint announcement is, in fact, none of those.

To understand the nebulous nature of the announcement, don’t focus first on the promised trajectories of future greenhouse gas emissions by both countries. Instead consider the loopholes. For example, this bit of climate change diplomatic arcana in which the two countries promise to work together “to adopt a protocol, another legal instrument or an agreed outcome with legal force under the Convention applicable to all Parties at the United Nations Climate Conference in Paris in 2015.”

That convoluted phraseology was hammered out at as a compromise at the 2011 Durban climate conference. The European Union was strongly insisting that the U.N. climate conferees commit to “a protocol or other legal instrument” as the ultimate goal for a comprehensive global treaty in 2015. Why? Because that exact language had earlier propelled the agreement to the Kyoto Protocol that established the only legally binding emissions reduction targets on any countries.

China and India, however, objected and sought to water down the language by including “or an agreed outcome with legal force.” The Chinese and Indians evidently believe that that phraseology suggests whatever climate negotiations do achieve by 2015, the result will be that they still will have fewer obligations to reduce their greenhouse gas emissions than will rich developing countries.

But what about the phrase, “applicable to all Parties?” At Durban, the United States insisted that in any future climate agreement “legal parity” must apply to big emerging economies like China, India, and Brazil. That means that they would be bound to cut their emissions in the same way that industrialized countries are. If the China, India, and Brazil will not accept legally binding targets, then neither would the United States.

The joint announcement, most likely at the insistence of China, also reaffirmed “the principle of common but differentiated responsibilities and respective capabilities, in light of different national circumstances” enshrined in the United Nations Framework Convention on Climate Change. China has consistently interpreted that principle as meaning that countries that were rich and developed in 1992 when the Convention was adopted are obligated to cut their emissions, while countries that were then poor are not.

What about the actual emissions pledges? The joint announcement states that the United States intends to achieve an economy-wide target of reducing its emissions by 26%-28% below its 2005 level in 2025 and to make best efforts to reduce its emissions by 28%. Additionally, China intends to achieve the peaking of CO2 emissions around 2030 and to make best efforts to peak early and intends to increase the share of non-fossil fuels in primary energy consumption to around 20% by 2030. The crucial word here is “intends.” It is clear that the announcement is not meant to create any new obligations.

While China declared that its carbon dioxide emission (not greenhouse gases) will peak by 2030, the announcement said nothing about the level at which they will peak. So at what level might China’s emissions peak? Assuming the recent 3% annual increase in China’s carbon dioxide continues for the next 16 years, emissions would reach 16 gigatons by 2030.

Looking at the previously announced energy and climate policies of both the U.S. and China, the new pledges appear to add little to their existing plans to reduce their emissions. The new Obama pledges basically track the reductions that would result from the administration’s plan to boost automobile fuel economy standards to 54.5 miles per gallon by 2025 and the Environmental Protection Agency’s new scheme to cut by 2030 the carbon dioxide emissions from electric power plants by 30% below their 2005 level. Xi was no doubt aware that a week earlier an analysis of demographic, urbanization, and industrial trends by Chinese Academy of Social Science had predicted that China’s emissions peak would occur between 2025 and 2040.

Supporters hope that the joint announcement is the prelude to a “great leap forward” to a broad and binding global climate change agreement at Paris in 2015. Perhaps, but the U.S. and China left themselves plenty of room to step back if their pledges become inconvenient.

Ronald Bailey is the science correspondent for Reason Magazine. 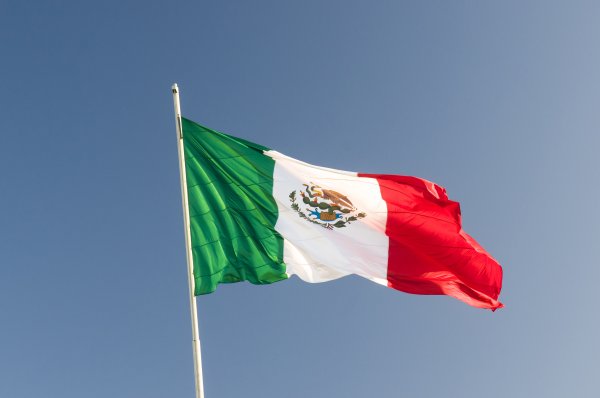 We Are 43 Short
Next Up: Editor's Pick