Democrat Mary Landrieu’s attempt to force President Barack Obama to authorize construction of the Keystone XL pipeline is the latest in a political thrust-and-parry exchange between the three-term Senator and GOP Representative Bill Cassidy, her opponent in next month’s Senate runoff election in Louisiana. But Landrieu’s gambit may be too little too late, election watchers say.

The frantic maneuvering started Wednesday morning when Senate majority leader Mitch McConnell promised Cassidy a spot on the Senate Energy and Natural Resources Committee if Cassidy beats Landrieu in the December runoff. Landrieu chairs the committee and has touted her tenure there as a symbol of her influence on Capitol Hill.

In response, Landrieu took to the floor of the Senate and gave a nearly three-hour speech calling for the body to take a vote on her bill, which would require Obama to clear the final bureaucratic and regulatory obstacles preventing construction of the pipeline.

The next move came from across the Capitol building, when House Speaker John Boehner and majority leader Kevin McCarthy fast-tracked Cassidy’s three-page bill to authorize the pipeline straight to the floor of the House, bypassing the committees that normally would have weighed the proposal. Cassidy’s bill (which matches the Senate language) will get a House vote on Friday.

When the Senate votes as early as Tuesday on Landrieu’s bill, it will be the first time in six years that both chambers of Congress will vote on the pipeline, according to the Washington Post.

“It’s been a dizzying 24 hours for a supposed lame-duck legislature as it relates to Louisiana,” says Joshua Stockley, an associate professor of political science at the University of Louisiana at Monroe.

Landrieu’s gambit may help her re-election chances, but it comes at a cost. Forcing a Keystone vote in Congress will give McConnell and Boehner an unexpected win on the list of issues they want to tackle when the GOP takes control of both chambers of Congress early next year. White House press secretary Josh Earnest signaled Wednesday that the President would oppose the legislation, as he has in the past.

“We have indicated that the President’s senior advisors at the White House would recommend that he veto legislation like that,” said Earnest. “And that does continue to be our position.”

And it’s not even clear how much Landrieu’s push will help her chances. “Landrieu’s task is continuing to separate and distance herself from the President,” says Stockley. “Does Keystone help make that argument? Yes, but I would argue that’s been somewhat neutralized. Cassidy is going to be able to come back and say, ‘My language, my bill, I voted on it too.'”

“She’s going to have to do something more significant than the Keystone pipeline to beat Representative Cassidy,” he adds.

In last week’s race, Landrieu nabbed the top spot with 42% of the vote, compared with 41% for Cassidy and 14% for Tea Party candidate Rob Maness. She is facing an avalanche of ads and outside spending she can’t match (she lost the financial support of the group designed to get her elected, the Democratic Senatorial Campaign Committee) and an opponent bolstered by Maness’s conservatives. As TIME’s Denver Nicks notes, Landrieu’s team believes she’s got a shot if she wins 30% of white voters, up from just 18% she received in the general elections last week. Of course, Landrieu has won runoffs before, in 1996 and 2002, and has expressed hope for pulling out another victory.

“Are you a lost cause?” NBC’s Kasie Hunt asked Landrieu on Wednesday. “I don’t believe I am,” she replied. 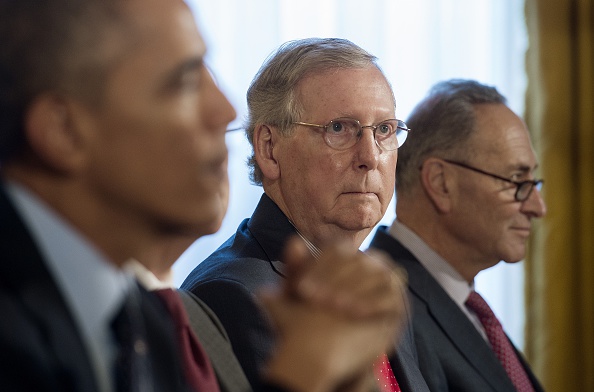 Despite Midterm 'Wave,' Americans Not Particularly Thrilled About GOP Control
Next Up: Editor's Pick