Being Rich Is Not a Priority for Women, Survey Shows

When women are asked to imagine success, becoming extremely wealthy is not the first thing that comes into their minds. Instead, across countries and continents, mothers, daughters and wives are more concerned about financial security for their families.

That’s one of the main findings of a survey of women and men ages 21 to 69 in the United States, United Kingdom, China and Brazil. While economic concerns among both sexes continue to decline, most respondents are still worried about just getting by.

Nearly 80% of women said they’d rather have more money than power or sex in their lives, according to the survey, which was backed by public relations firm FleishmanHillard and Hearst media. Yet a deeper dive suggests the drive behind the money is for security as opposed to excelling financially.

The results have dramatic implications on not just women’s ability to accrue wealth, but also on financial planners. Women are expected to earn $18 trillion in the U.S. this year — 50% more than they earned five years ago. On a global level, by 2030, women will control two-thirds of our nation’s wealth. As taking smart risks with their money falls to the wayside in place of more practical bets like planning a family trip or going out to eat, women are less likely to invest their money.

The cautious and overwhelmed attitude toward financial planners breeds an attitude of self-reliance, says Steve Kraus, senior vice president and chief insights officer Ipsos MediaCT’s audience measurement group, the third-party organization that conducted the report’s research. This leads women to believe that saving their money for a rainy day is better than taking it to a big bad bank.

“It is men who are more likely to say that they want to start spending again, and it is men that are most likely to say that I am going to invest in the coming months,” says Kraus. “There is not a lot of trust in financial brands right now, and we see growing numbers of women feel more self-reliant.”

Eve Ellis, a financial adviser with the Matterhorn Group at Morgan Stanley Wealth Management, says it is too easy to generalize among an entire group of women about their attitudes toward financial planning and investing. Yet she has seen some women, in their desire for financial security, be overly cautious in their investment choices.

“Sadly, investors who are too cautious as they invest in the markets may miss opportunities to achieve the very security they seek,” she said. “The old credo too often stands true: No risk, no gain.”

The report did include a silver lining for financial planners looking to recruit more female clients. More than ever since the end of the Great Recession, women are thinking longterm about their financial strategy. Some 75% of women would opt out of a significant promotion if their child could get into a top college. This gives financial advisors a clue of how to talk to women about their future.

Fidelity is the most-trusted financial services brand among American women, according to the report. Kristen Robinson, senior vice president of women and young investors for personal investing at Fidelity, said women are looking for a holistic approach to investing. Partly to solve the common problem of feeling overwhelmed by investment choices, Robinson said the company is also working to increase its visibility among professional women by hosting more educational workshops.

“Women work very hard to make progress in so many ways. Yet only when they have the ability to control their own financial futures will they realize the full extent of their true power,” Fidelity CEO Abby Johnson and President of Personal Investing Kathy Murphy wrote in the October 6th issue of Fortune. 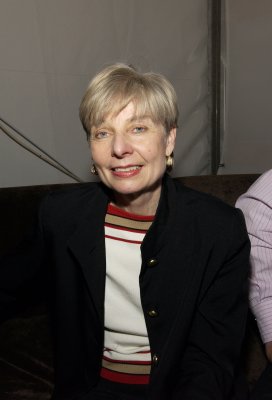 How One Woman Got Over the Fear That Ruled Her Life
Next Up: Editor's Pick