Officials confirmed Wednesday that Los Angeles Clippers forward Blake Griffin has been charged with one count of misdemeanor battery stemming from an incident at a Las Vegas nightclub, according to Ben Bolch of the Los Angeles Times. TMZ first reportedthe news.

Las Vegas authorities were investigating Griffin last month for the alleged altercation but no arrests were made or charges filed at that time. The Clippers were in Las Vegas to play the Denver Nuggets in a preseason game at the Mandalay Bay Events Center.

According to Bolch, it’s alleged that Griffin battered the victim, Daniel Schuman, by “squeezing his hand and shoulder and/or slapping him on the face.”

Griffin’s first court date is scheduled for Dec. 8 at the Regional Justice Center in Las Vegas. The Clippers play a home game against the Phoenix Suns that day.

Griffin is averaging 24.3 points and 6.9 rebounds per game on 47.1 percent shooting this season. 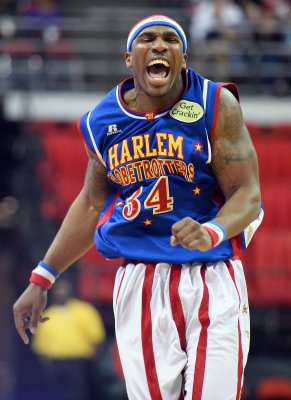 Watch this Guy Make the Longest Backwards Basketball Shot Ever
Next Up: Editor's Pick