More than 5,000 people have died from the Ebola virus, marking a macabre waypost that coincides with the disease’s return to Mali and a pickup in its spread in Sierra Leone, according to a status update released Wednesday by the World Health Organization (WHO).

Ebola has killed 5,160 out of 14,098 people infected across eight countries, according to the group’s most recent update, which presents an uncertain stage — dented with disappointments but also peaked with some bright points — in its effort to bring the Ebola outbreak under control.

In one hopeful sign, the rate of Ebola transmission is no longer increasing at a national level in Guinea and Liberia, though some areas of both countries are still seeing an escalation.

Yet Sierra Leone, where 1,169 people have died, continues to weather “steep increases” in the number of cases, says the WHO. Some 421 new cases were reported in the nation in just one week in November alone.

And in Mali, which was thought to be Ebola-free after an infected toddler died there in October, at least one person has recently died from the virus, while two deaths are suspected to have also been from Ebola, according to the update. One of the suspected cases, a grand imam, was buried after a “ritual washing” and a funeral assembly attended by “many mourners,” the WHO says.

Meanwhile, the WHO has received just 49% of the $260 million it deems necessary to handle the Ebola outbreak, according to the group’s latest figures. Though an additional 15% of the total amount has been pledged to the organization, it is still wanting for 36% of the required sum.

Out of 4,611 hospital beds planned for Ebola treatment centers in the three hardest-hit West African nations, just 24% are operational, and only 4% of the some 2,636 beds planned for community care centers have been set up. Just 38% of the 370 or so burial teams the WHO plans to train are good to go.

Still, all districts in the affected countries are within 24-hour access of a laboratory clinic, and some 95% of people the WHO is monitoring for possible exposure are receiving daily communications, the organization says. 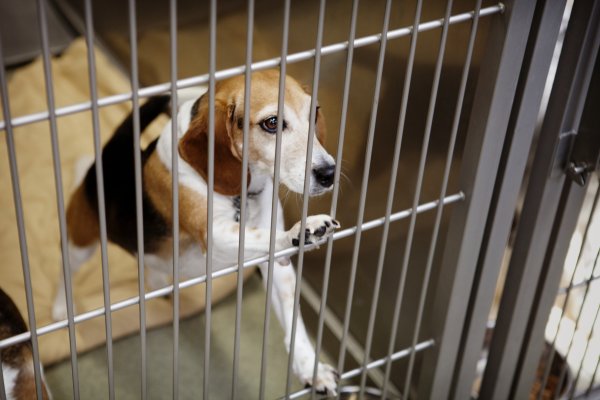 Veterinarians Group Issues New Guidelines for Pets and Ebola
Next Up: Editor's Pick