China Shows It's Ready to Grow Up on Climate Change

The U.S. diplomats wandering around the Copenhagen airport in the aftermath of the 2009 U.N. climate summit looked like the walking dead. With reason—those talks, billed as the most important climate negotiations ever, were pure torture for almost everyone involved, just barely saved from total collapse by the last-minute creation of the relatively weak Copenhagen Protocol. And while there was plenty of blame to go around, including for the U.S., much of it was directed at China, which consistently blocked negotiations throughout the summit and almost managed to torpedo the protocol. No wonder the American negotiators looked so exhausted—they’d just spent a fortnight grappling with a country that seemed firmly opposed to doing anything about global warming.

But China, it seems, has changed. The climate deal worked out between Washington and Beijing on Wednesday—you can see the details in this post by Emily Rauhala— won’t come close to saving the planet on its own. No, the deal isn’t binding, but few international agreements really are.

While together China and the U.S. account for 40% of the world’s greenhouse gas emissions, this marks the first time that the world’s two biggest carbon emitters sat down and agreed together to limits on future greenhouse gas emissions, however voluntary. And more importantly, it marks what seems to be a very different approach by Beijing on international climate diplomacy—and perhaps on diplomacy more generally.

As Michael Levi at the Council on Foreign Relations notes, the fact that Beijing chose to work together with the U.S.—usually an antagonist on climate and other issues—may be more meaningful than the emission targets themselves:

Environmentalists hope that the announcement from Beijing will inject a little momentum into flagging global climate negotiations, which begin shortly in Lima and are meant to culminate with a real global deal in Paris at the end of 2015. Perhaps. But while it might seem as if a problem like global warming can only be solved with a global deal that covers every country, the reality is that just a handful of countries account for nearly all greenhouse gas emissions—China and the U.S. first among them. What they do—alone or in concert—is what will ultimately matter.

There is no shortage of skeptics picking apart the U.S.-China deal—David Stout has a good roundup of them here. Any time governments make promises about action they won’t carry out for more than 15 years—long after today’s leaders are out of office—there’s reason to be skeptical. Climate diplomacy is like dieting: tomorrow is always a lot easier than today.

However, the very fact that China is publicly willing, in concert with the U.S., to dedicate itself to emissions targets that will be challenging is a sign that there is political will in Beijing to move on climate change, as well as political confidence that technological means will be there to do so without cramping the country’s all-important economic growth. It’s a sign, as Fred Kaplan writes in Slate, that China understands that “with great power comes at least some responsibility.”

That fact, more than the specifics of emissions cuts or timeframes, is what really made the China-U.S. climate deal historic. 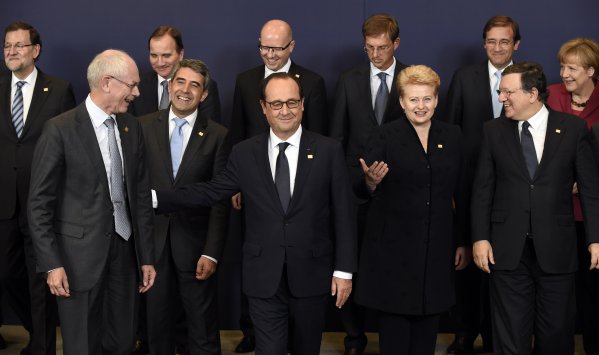