8 Habits of the Most Highly Respected Businesswomen

This story was originally published on StartupCollective.

Women get a bad rap in the work world, and we don’t have to look much further than pop culture for examples. Consider Monica from Showtime’s “House of Lies.” Being an addict, uninterested mother, and demeaning boss somehow makes her incredibly successful at work. Or take, for example, the famous caricature of Anna Wintour in “The Devil Wears Prada.”

Fortunately, executives like Facebook COO and Lean In author Sheryl Sandberg are fostering an important discourse that is reaching female and male executives alike to spark change. And we’ve already come a very long way. Women can be executives who drive results, empathic mentors, and loving mothers all at the same time.

Nevertheless, female CEOs remain subject to intense scrutiny. Yahoo’s Marissa Mayer has been widely criticized for working through her maternity leave and for putting a nursery next to her office, and recently she’s been in the media because “good-looking CEOs get better returns.”

The question is, does this type of scrutiny have a trickle-down effect for other professional women?

There are socioeconomic factors at play that we cannot solve overnight. We need to teach women how to be confident in the workplace so they can succeed on their own merits. I offered some tactics in my previous piece, “Confidence Breeds Success — And It Can Be Taught.” However, individual confidence is only part of the equation. We also need to support and champion women in the workplace, particularly when we, as women, are the executives.

The best mentors I’ve seen are those who do the following:

Godspeed, Marissa Mayer! May many come after you and because of you. 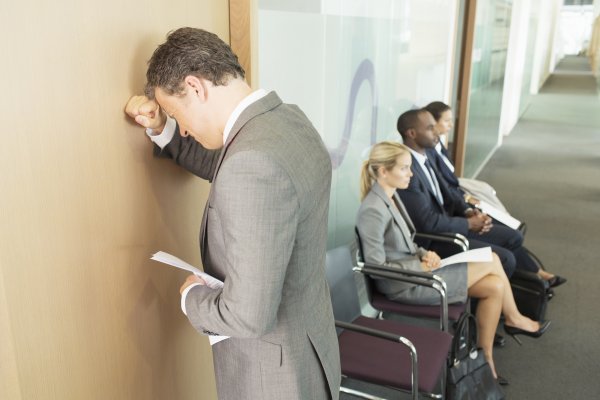 5 Things That Drive Interviewers Totally Nuts
Next Up: Editor's Pick