These Are the Most Visited Tourist Attractions in the World

For nearly 500 years, the emperors living within Beijing’s opulent Forbidden City dictated who could enter and leave. Well, the gates have opened, and tourists are pouring in to see it all for themselves. Attendance is up by 2.5 million since 2010.

The Forbidden City is a dream destination for some Americans, but most have never researched a trip to Everland or Lotte World. Yet these South Korean theme parks also rank among the world’s 50 most-visited tourist attractions—beating out the Eiffel Tower (nearly 7 million), the Great Pyramids (4 million), and Stonehenge (1 million). And there are more surprises.

Where we choose to spend our vacation time says a lot about what we value. Despite—or perhaps because of—what the World Tourism Organization (UNWTO) calls “global economic challenges,” more travelers are hitting the road than ever. International tourist arrivals increased by 5 percent in 2013, according to the UNWTO. That translates to a record of more than one billion trips. With its population of 1.36 billion, China became the second-largest exporter of tourists. Russia, now the fifth-largest outbound market, increased travel spending by 26 percent.

Like it or not, theme parks clearly have worldwide appeal. France’s Disneyland Park draws about the same number of visitors (10.5 million) as Sacré Coeur, and four of the world’s 20 most-visited tourist attractions are Disney parks.

Many inspiring and iconic places can’t quite keep up. The Smithsonian National Air and Space Museum narrowly missed the top 50, as did the British Museum in London (6.7 million), the Metropolitan Museum of Art in New York (6.3 million), and the Roman Colosseum and Forum (5.1 million each). The Berlin Wall Memorial Site logged only 500,000 visitors in 2013, though extra crowds are arriving in November 2014 for the 25th anniversary of its fall.

Accessibility can be a factor. It takes extra effort to reach Yellowstone National Park (3.2 million) or the Terracotta Army in Xi’an, China (4.8 million). And Peru’s Machu Picchu has restricted tourism to help maintain the site’s integrity; only 2,500 can enter per day, or 912,500 per year.

So what is the most-visited tourist attraction in the world? And can 91 million people be wrong? Read on to see the results—and an explanation of our methods for calculating it all.

The Methodology: To tally up the world’s most-visited attractions, we gathered the most recent data supplied by the attractions themselves or from government agencies, industry reports, and reputable media outlets. In most cases, it was 2013 data. Attractions that don’t sell tickets gave us estimates as best they could.

We defined “tourist attractions” as cultural and historical sites, natural landmarks, and officially designated spaces. So Boston’s shop-filled Faneuil Hall Marketplace (est. 1742) made the cut, but not Minnesota’s Mall of America, which, with 40 million annual visitors, would otherwise have tied for No. 4. Short walkways and plazas also fit our definition of tourist attractions; that disqualified the Blue Ridge Parkway. We also omitted beaches, bridges, and sites that draw almost exclusively religious pilgrims.

Hand-painted ceramics, lanterns, intricately patterned carpets, copperware, gold Byzantine-style jewelry, and more eye-catching products vie for your attention within this 15th-century bazaar’s vaulted walkways. It has since expanded and become increasingly touristy, but locals, too, are among the millions of bargain hunters. To haggle like a pro, lowball your starting offer and don’t be afraid to walk away. And if it all gets overwhelming, break for a succulent doner kebab or strong cup of Turkish coffee.

No. 2 The Zócalo, Mexico City

Tourists flock to New York’s neon heart for the flashing lights, Broadway shows, megastores, and sheer spectacle—including costumed characters eager to pose for photo ops. Pedestrian-only areas with café tables introduced a few years ago have made it easier and more appealing to hang out here. Times Square can even be a convenient, if chaotic, base, thanks to hotels at every price point and easy access to public transportation: subways, rails, buses, and more yellow taxis than you can count.

New York has larger green spaces, but none is more famous than Central Park, which stretches across nearly 850 acres of prime Manhattan real estate—an oasis for both tourists and locals. You can ride in one of the horse-drawn carriages, check out the modest-size zoo, climb to the top of 19th-century Belvedere Castle, or take a break from pounding the pavement to sprawl on the Great Lawn, gazing at the skyscrapers above.

Opened in 1907, this busy station shuttles some 12,500 passengers daily in and out of the city. But it also handles millions of tourists who pass through to take in the impeccably mixed architectural styles throughout the colossal building: from Classical to Beaux-Arts to Baroque. More than 70 retail outlets make Union Station a shopping destination, and it’s also a jumping-off point for many D.C. tours. 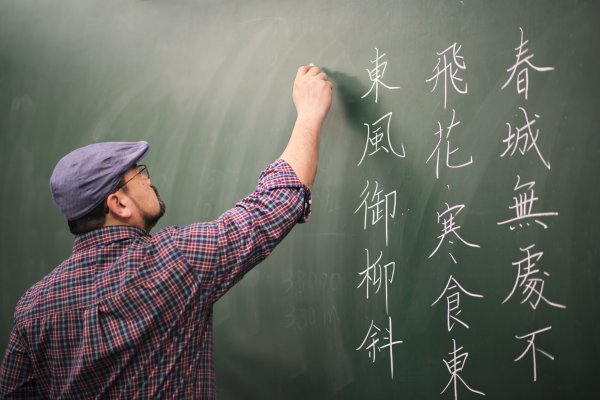 Why Mandarin Won't Be a Lingua Franca
Next Up: Editor's Pick