An alliance of Burgundy’s wine council, Airbus air defense engineers and Bordeaux wine magnate Bernard Magrez have agreed funding to test the use of drones to detect killer vine diseases.

The consortium plans to spend up to €1.7m during the second phase of its drone project, named Damav and set to last 36 months, according to Burgundy’s wine trade body, the BIVB. It will be part-financed by the French state, with drones supplied by Novadem.

‘It’s not science fiction,’ said the consortium. ‘Images obtained using drones and interpreted using sophisticated analysis systems will, in the near future, constitute a key instrument of diagnosis for growers.’

Cecile Mathiaud, spokesperson for the BIVB, said the group’s next challenge is to ‘make sure that what the drone sees can be analysed to get results, and to get better results than with the human eye. That would stop winemakers from having to check every single vine.’

The project’s second phase follows ‘promising’ initial trials to detect the early signs of flavescence doree disease; a relatively new vine illness that has no known cure and is currently at the centre of a bitter court battle between one biodynamic winemaker and French officials.

‘Flavescence doree is what everybody talks about right now, but this may help with other diseases, too,’ said Mathiaud.

One of those diseases is the wood-rotting affliction known as esca, which is an increasing concern for winemakers in France. Early detection is key to limiting the damage wreaked by vine diseases. There is currently little effective treatment for flavescence doree or esca.

In January this year, Bernard Magrez, who is also part of the alliance, said he would begin using drones to analyse vines in his four classified estates in Bordeaux.

Separately, the BIVB is also part of a second consortium that is researching ways to stimulate vines’ natural defences against disease, without resorting to chemical sprays. That project is also set to last 36 months, with a budget of €1.7m. 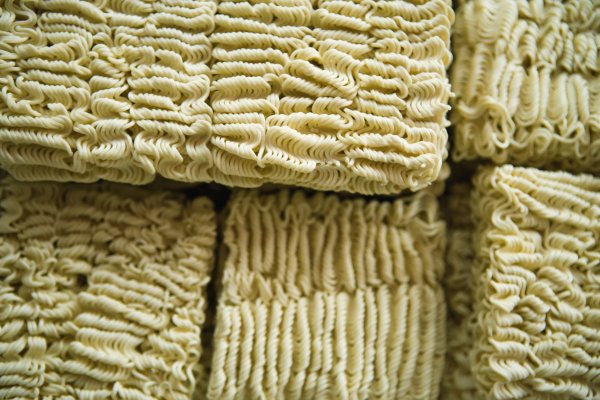 Ramen Donut Wins Our Vote for Weirdest Food Hybrid Yet
Next Up: Editor's Pick