Photograph by Martin Schoeller for TIME
By Jack Dickey

Taylor Swift has been paid less than $500,000 in the past 12 months for domestic streaming of her songs, Scott Borchetta, the CEO of Taylor Swift’s record label, the independent Nashville-based Big Machine, told TIME Wednesday.

His statement is the latest salvo in an increasingly heated disagreement between Swift and Spotify. The disagreement has sent ripples through the music industry, with the country’s most successful musician removing her work from an admired new online music model.

According to Borchetta, the actual amount his label has received in return for domestic streams of Swift’s music—$496,044—is drastically smaller than the amount Spotify has suggested the artist receives. That sum represents only a portion of the amount paid out by the streaming service. Spotify CEO Daniel Ek said Tuesday that the label for an artist of Swift’s popularity could expect to receive $6 million in the next year from the streaming service as the site’s audience grows. Borchetta said his label had made more from streaming Taylor Swift’s videos on the video site Vevo than it has from putting her music on Spotify.

A Spotify spokesperson told TIME that the total payout for Swift’s streaming over the past 12 months globally was $2 million.

“The more we grow, the more we pay artists, and we’re growing like crazy,” said Jonathan Prince, Spotify’s global head of communications and public policy. “Our users, both free and paid, have grown by more than 50 percent in the last year, which means that the run rate for artists of every level of popularity keeps climbing. And Taylor just put out a great record, so her popularity has grown too. We paid Taylor’s label and publisher roughly half a million dollars in the month before she took her catalog down—without even having 1989 on our service—and that was only going to go up.”

On Nov. 3, Swift pulled her entire catalog from the streaming service, which claims over 50 million users, more than 10 million of whom have paid subscriptions. No artist today can match Swift’s popularity: her new album 1989 has sold nearly 1.7 million copies nationwide in its first two weeks on sale, according to Nielsen SoundScan.

Swift and Borchetta both say that removing her music from Spotify is meant to make a larger point.

“The facts show that the music industry was much better off before Spotify hit these shores,” Borchetta said. “Don’t forget this is for the most successful artist in music today. What about the rest of the artists out there struggling to make a career? Over the last year, what Spotify has paid is the equivalent of less than 50,000 albums sold.”

At first, Spotify asked Swift to come back in a blog post. But after Borchetta said on a radio show on Nov. 7 that he had been hearing from other artists and managers who also want to leave Spotify—country star Jason Aldean just pulled his latest album from the service—Ek posted a broader defense of Spotify’s model. He claims Spotify has paid $2 billion to labels and publishers since its founding in 2008, and says the service, through its mix of paid and ad-supported subscriptions, is replacing revenue the music business had lost to piracy.

This isn’t the first time a major recording artist has tussled with Spotify. In October 2013, Radiohead’s Thom Yorke pulled his solo songs off the site to protest the size of its payouts.

–With reporting by Matt Vella

Read next: Taylor Swift on 1989, Spotify, Her Next Tour and Female Role Models 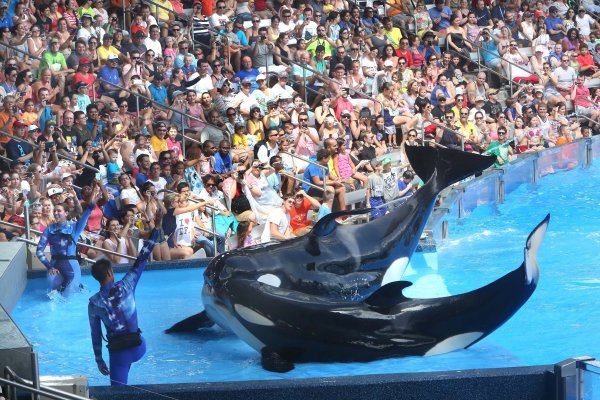