Why Negativity Is the Key to Your Future Success

Worldwide and even in the U.S., most people live challenging lives. Many live and die poor and in pain. Perhaps that’s the reason to try to be upbeat. As singer Peggy Lee said, “If that’s all there is, let’s break out the booze.”

But a case can be made that we need more negativity.

Many bosses focus on the positive, both because that’s what they learned in psychology and management courses, and because when an employee gets a poor evaluation, the reaction is often not, “Thanks for the feedback. I’ll work to improve.” It’s defensiveness, and sometimes a legal grievance.

True, praise reinforces desired behaviors, but it can also encourage complacency and certainly doesn’t provide the feedback an employee needs to improve. And such criticism can be motivating: “Now it’s clear, if I don’t improve, I’ll lose my job. I better do something.” Here are some specific examples I’ve used before of criticism being motivating:

Beyond these anecdotes, a University of Exeter study found that taunts from opposing fans improved players’ performance.

Job seekers, too, suffer from the lack of criticism. They work hard to apply for a job and usually get no response or a form-letter rejection that provides no feedback, only the useless, “We had many qualified candidates. Sorry.”

America’s bias toward excessive positivity, of course, also takes a toll on a person’s integrity. People feel they must hold their tongue and not criticize lest they be viewed as negative, naysayers, curmudgeons.

And in dating, how often do people go on first dates and the person never calls again without explaining why. A client of mine said it frustrates her so much. She wonders if she’s doing anything wrong but she can’t improve if she doesn’t get feedback.

Praise encourages the status quo. A bias toward searching for what’s wrong is more likely to unearth what needs improvement.

The roots of our hyperpositivity

Our bias toward positivity has its roots in the schools and colleges. Grade inflation is rampant. In Academically Adrift, by sociologists Richard Arum and Josipa Roska, a survey of 1,600 undergraduates nationwide found that the average GPA of students who were studying less than five hours a week was 3.22.

Our hyperpositivity is driven also by our prioritizing self-esteem, sometimes even over performance. That’s ironic in that true self-esteem comes from accomplishment.

Our excessive positivity may also have roots in Christianity, in which the highest good is not truth or accomplishment but love.

What should we do

1. Stop grade inflation. A C grade should mean “average,” not “terrible.” If a 7th-grade teacher wants to reward a student who worked hard on a term paper that showed only 4th-grade level work, give an A for effort and a F for performance.

Critics of that would argue that too many students wouldn’t get promoted or graduate. The antidote is to reinforce tracking, the placement of students in classes by ability and achievement, which became unpopular for a period in the late 1980s and 1990s. Not everyone can achieve to the same level. There needs to be different levels of high school and college diplomas. That way, students could move on to a next grade but without that promotion or diploma being meaningless, as are so many of today’s. The aforementioned survey found that 36% of college graduates showed no improvements in writing and critical thinking in four years of college.

2. Honor, don’t denigrate, well-meaning criticizers. How feeble are we that we’re swayed more by dubious flattery than by valid suggestions. We should replace denigrations of the well-intentioned critic. He’s not “negative” or “a curmudgeon.” He’s “good at finding areas for improvement and brave enough to suggest them.”

3. Make candid feedback the workplace norm. Employers should take a lesson from famed former GE CEO Jack Welch. He was called “Neutron Jack” because, as much as possible, he retained only top performers. When I interviewed him on my radio program, he defended that by explaining that no one who got let go was surprised. He installed a culture at GE that emphasizes honest feedback and that only A players get to stay. He said that the GE employees appreciate that they get to work with only high performers. “Not everyone is meant to work at GE,” he said. Accoding to Welch, when he came to GE, its refrigerators were at the bottom of the Consumer Reports ratings. When he left, they were at the top.

4. Seek out criticism. People will respect your willingness to ask for feedback, especially if you ask well. For example, you might ask your boss and coworkers something like: “I’m trying to keep growing. I’d really appreciate candid feedback on where I’m doing well and where I might improve.”

Even if well-worded, many people are reluctant to provide criticism, so you might try TalentCheckup.com. It enables you to pick three to eight people to provide feedback anonymously by email.

Feedback is crucial for improvement–for individuals, workplaces and society. Praise is not enough. Earned praise plus well-considered, tactfully dispensed criticism may, without costing the nation a dime, be among the more potent ways to increase America’s future success. 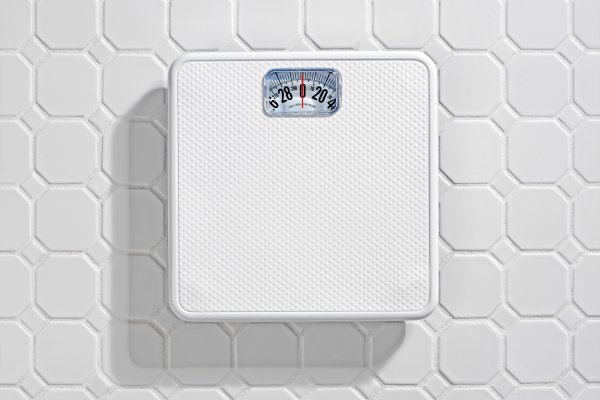 How to Get in Shape Using Psychology: 6 New Tricks From Research
Next Up: Editor's Pick