We Won't Have an Internet Sales Tax Any Time Soon

Speaker of the House John Boehner (R-OH) holds his weekly news conference in the Capitol Visitors Center at the U.S. Capitol on April 18, 2012 in Washington, DC.
Chip Somodevilla—Getty Images
By Dan Kedmey

Republican leaders in Congress are renewing their vows to fight a proposal expanding the sales taxes applied to online purchases, dealing a blow to brick and mortar retailers who hoped to get a bill passed during the post-midterm lame duck session.

Currently, states can only apply sales tax to online purchases made by their residents from retailers with a physical presence in the same state. The Marketplace Fairness Act (MFA) would reverse that, allowing states to tax online purchases made by their residents regardless of the merchant’s whereabouts. While the idea has sometimes been called the “Amazon Tax,” it’s become less applicable to the giant online retailer because the company is increasingly setting up warehouses in new states to reduce shipping times.

The MFA passed the then-Democrat-controlled Senate last year, but it was never picked up in the Republican-controlled House. With Republicans now firmly in control of both chambers of Congress, the bill looks like it’s headed nowhere fast. House Speaker John Boehner, who’s long been opposed to the MFA, said this week it will be tabled for the remainder of this year’s lame duck congressional session and would face heightened scrutiny in the year ahead, the Hill reports.

“The Speaker has made clear in the past he has significant concerns about the bill,” a Boehner spokesperson said. “And it won’t move forward this year. The Judiciary Committee continues to examine the measure and the broader issue.”

Still, backers of the bill vowed to continue the fight. “Most Americans won’t be taking the next two months off, and neither should Congress,” said Jason Brewer of the Retail Industry Leaders Association in a statement to CNBC News.

Supporters of the Marketplace Fairness Act have attempted to tie it to a similar-sounding but separate bill that extends a longstanding ban on taxing Internet access, a deeply popular moratorium on both sides of the aisle. 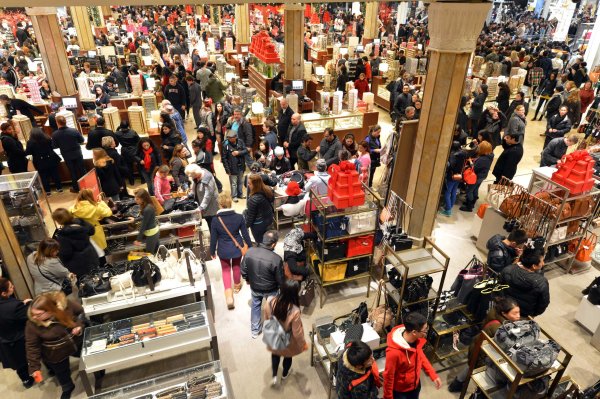 The Long Black Friday
Next Up: Editor's Pick