The United States is expected to tell the United Nations it will revise its interpretation of a treaty ban on prisoner cruelty to include some overseas locations, amending a widely criticized Bush-era interpretation formulated in the years after 9/11, according to a report Wednesday.

A signatory on a key U.N. torture treaty that bans “cruel, inhuman or degrading treatment” in “any territory under its jurisdiction,” the U.S. will lay out the Obama administration’s position to the U.N. Committee Against Torture in Geneva, the New York Times reports, citing unnamed sources. The administration under former President George W. Bush had argued the ban did not go beyond domestic soil.

The revision would apply the cruelty ban to wherever the U.S. exercises governmental authority, including Guantanamo Bay and American-flagged ships and aircraft in international waters and airspace. But the Obama administration has stopped short, however, of arguing that the ban unequivocally obligates American officials everywhere they have a prisoner in their custody, as human rights advocates have urged. 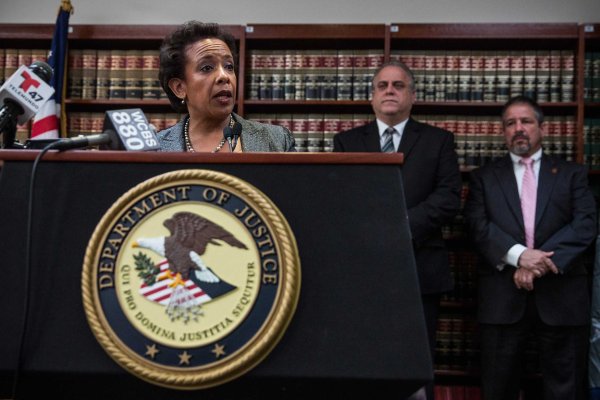 Loretta Lynch Confirmed as Attorney General
Next Up: Editor's Pick