MOUNT PROSPECT - MAY 19: A shopper with her purchases walks to her car outside a Marshalls store May 19, 2004 in Mount Prospect, Illinois. T.J. Maxx' and Marshalls' parent company TJX Cos. posted a 48 percent first-quarter rise in profit. Sales alone from the T.J. Maxx and Marshalls stores rose 12.6 percent from last year. (Photo by Tim Boyle/Getty Images)
Tim Boyle&mdash;Getty Images
By Jack Linshi

A 35-year-old man was rescued Tuesday after being trapped in a wall of a Marshalls store, where police he had been stuck for up to three days.

Employees at the store in Longmont, Colo. first heard the man, identified as Paul Felyk, yelling on Monday, but they couldn’t locate him, according to the city’s police department. When they heard him yelling again on Tuesday, they alerted authorities, who found the man between an interior and exterior wall, NBC affiliate 9News reported.

In the space, accessible only by roof, there was enough room between the walls for Felyk to lay down but not enough to move, police said. Firefighters resorted to breaking open the exterior wall so Felyk could crawl out.

Felyk was hospitalized in fair condition, and is under investigation for criminal trespass. 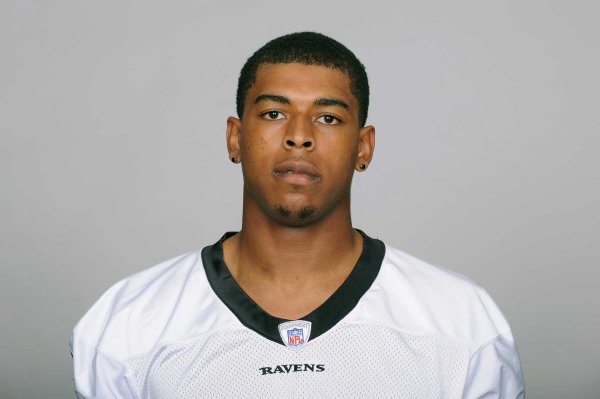 Is a Bad College Education Illegal for the NCAA?
Next Up: Editor's Pick