Ferguson Braces for the Worst Ahead of Grand Jury Decision

At a Nov. 11 press conference, Missouri Governor Jay Nixon said the National Guard could again be deployed to deal with violence in Ferguson.
Bryan Sutter—Demotix/Corbis
By Kristina Sauerwein / Ferguson, Mo.

Here in Ferguson, you can measure the dread in sales figures. At the Original Reds BBQ on West Florissant Avenue, where the wafting aroma of rib tips and catfish fillet used to draw looping lines, the chairs stayed stacked on tables on a recent Friday at lunchtime. Boarded windows darkened the near-empty restaurant, which is now open only three days a week. “Why replace any of it if it’s just going to get broken again?” shrugs Al Bee, the 44-year-old head cook. “Business is bad, very bad.”

A few miles away, at the Metro Shooting Supplies gun shop in Bridgeton, the sense of threat has driven record sales, including more than 100 handguns and other weapons sold over a three-day stretch ending last Sunday. Shooting lessons are booked through 2015. “You can literally see the fear in people’s eyes,” says owner Steve King. “People are anticipating far worse than last time.”

Throughout the St. Louis area, citizens fear the riots that engulfed the city over the summer are about to return. A grand jury deliberating whether to indict police officer Darren Wilson in the Aug. 9 shooting death of Michael Brown is expected to come to a decision this month, perhaps as soon as late this week. And amid a steady drip of leaks that appear to corroborate Wilson‘s account of the encounter, protesters are readying for the possibility that the officer won’t be indicted on murder or manslaughter charges.

As a result, local law enforcement, politicians and protesters alike are bracing for the specter of another wave of unrest in a city that was filled with tear gas in the turbulent nights after Brown, an unarmed African-American 18-year-old, was shot to death on Canfield Drive by Wilson, a white police officer. The subsequent protests and law enforcement’s response to them stoked a national debate about race, representation and policing in America.

Gov. Jay Nixon, a Democrat, announced Tuesday a chain of authority to maintain order in the wake of the grand jury announcement. “Violence will not be tolerated,” Nixon said. Police and government officials have met daily with each other and protest leaders to plan. More than 1,000 area law enforcement officers have received more than 5,000 hours of additional training. And once again, the Missouri National Guard will be at the ready if needed. “There’s a large sense of anxiety out there,” St. Louis County Police Chief Jon Belmar said.

St. Louis-area law enforcement agencies are replenishing and ramping up supplies of weapons and riot gear. “No one wants to use them, but it would be irresponsible if we didn’t prepare,” said Sgt. Brian Schellman, spokesperson for the St. Louis County Police Department. The county police have spent more than $100,000 since August on riot gear, tear gas, smoke bombs and so-called non-lethal ammunition such as rubber bullets and beanbag rounds.

School districts across the region have formally asked St. Louis officials to schedule the grand jury announcement during the weekend or after school hours to protect student safety. Administrators have also mailed letters outlining emergency procedures. “The students are definitely aware of the situation in the community,” says Emily Kuehl, a middle school teacher in Ferguson.

The sometimes violent demonstrations in August have continued to affect virtually every corner of the community. Religious groups and nonprofit organizations are dealing with sluggish charitable donations and fewer civic programs because of “fear of riots,” says Ferguson Public Library Director Scott Bonner. The library lost an educational program in which honor high-school students from affluent nearby communities would tutor Ferguson kids. Donations to food pantries have dwindled because “people don’t want to come into the area,” says Jason Bryant, 32, a father of two and a pastor who has lived in Ferguson for a decade. Bryant says he had to put his home renovation on hold because his contractors won’t show up to work. They say it’s “too dangerous.”

Shannon Kozeny, a 41-year-old single mom who lives in Kirkwood, an affluent suburb about 20 miles from Ferguson, says she recently bought a gun to protect her young daughter. “You don’t have to live in Ferguson to feel threatened,” she explains. “God forbid anything happens, I have a little girl to protect. If it comes down to life and death between my kid and somebody else, somebody who’s bigger than us, and angrier, I will stop it.”

Even peaceful protesters are bracing for violence. Last week, a coalition of 50 activist groups requested advance notice of the grand jury decision to quell the anger they say it may unleash.

On West Florissant Avenue, the shopping strip that was the center of the unrest in August, business owners say they fear for their lives as well as their livelihoods. “I’m scared,” says Rokhaya Biteye, 45, who owns a hair-braiding parlor on the Ferguson street. “I fear this time it will be more violent.” 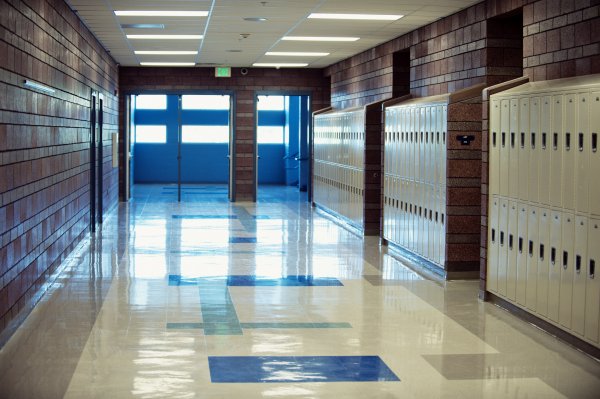