A police officer stands guard at the entrance of the Diamond District in New York City on Nov. 11, 2014.
Charlotte Alter for TIME
By Charlotte Alter

New York City police had a busy city block on lockdown Tuesday afternoon, amid heavier Veterans Day crowds, while they searched for suspects in an armed robbery.

Police told TIME that two men, one in his mid-50s and one in his mid-20s, entered the building on 47th Street in Manhattan and allegedly robbed a man at gunpoint on the eighth floor, pistol-whipped him and then disappeared into the building. Police shut down the entire city block to hunt for the suspects, as the New York Veteran’s Day Parade marched by on adjacent Fifth Avenue.

But while the scene made things a bit more chaotic than usual, store owners in the city’s “diamond district” remained unfazed, calmly removing jewelry from store windows, while residents and shopkeepers complained of the minor inconvenience.

Moshe Uziel said he couldn’t get past the policemen to bring his wife her lunch, and she couldn’t come out to get it, all because she was stuck in a building near the one where two armed men allegedly committed the theft and assault.

“I’ve been working here for 50 years,” Uziel says, “You would see this type of thing 25-30 years ago, but the last 10-15 years have been very quiet.” He and his wife work at Summit 1 Jewelry, importing gold jewelry from Italy.

Irina Uziel was told to stay put. “An announcement told us to stay in our offices,” she said when Moshe called her. “I told her to lock up everything,” he added.

While police do not believe the suspected men have taken hostages, there are many people still at work inside the buildings, so they are taking extra precautions. 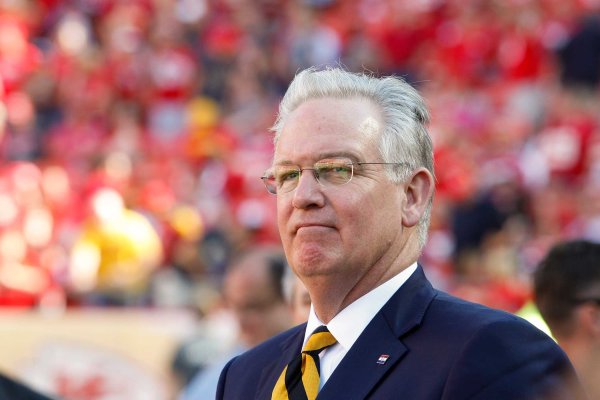 Missouri Gov. on Ferguson
Next Up: Editor's Pick