Which Fad Diet Is Best for Weight Loss?

If you’re going to go on a diet, you might as well pick one that meets the most basic criteria of actually working. But proving a diet can deliver weight loss over the long term requires reliable data—and lots of it. That’s what Dr. Mark Eisenberg, professor of medicine at McGill University, and his colleagues went looking for. They scoured existing research about Atkins, South Beach, Weight Watchers and the Zone diets to find out which was most effective and which had the most scientifically rigorous proof to back up its weight-loss claims, especially over the long term. Their results were published Tuesday in the journal Circulation: Cardiovascular Quality and Outcomes.

Each year, north Americans spend more than $66 billion on these and other diets in an effort to shed pounds and keep them off. But when the scientists culled they data on these diets, they could find only 12 studies that met criteria for being scientifically sound and well designed. “What is incredible to me is that dieting is a multibillion-dollar industry, and if we look at the amount of data out there, it’s miniscule in comparison to the market,” he says. “There are very few well-done studies, and most of them look at the short term. And weight loss is obviously a long term issue.”

To qualify as well-done, studies had to involve enough people to produce statistically significant results, have a control group that wasn’t put on a diet but simply educated about good nutrition and the importance of exercise, and follow individuals for more than a year to see if the results held. “In heart-health studies, they involve thousands, and tens of thousands of people. With [diet] studies we’re talking about hundreds at the most,” says Eisenberg.

The 12 strong studies revealed that none of the four diet plans led to dramatic weight loss, and none was significantly better than the others when it came to keeping weight off for a year or more. All were effective in helping dieters to shed about the same number of pounds in the short term: around 5% of their starting body weight. Weight Watchers was more effective than average care in dropping weight, but head-to-head comparisons showed that at one year, Atkins, Weight Watchers and Zone resulted in similar weight loss on average, and that after two years, some of the lost weight was regained by people who followed Atkins or Weight Watchers.

The diets also did not result in differences in heart-disease risk factors, such as high cholesterol, high blood pressure or blood sugar levels. “We couldn’t find big differences between the different diets,” says Eisenberg.

Some of the studies he and his team reviewed included information on how much the dieters were exercising, but others did not. It’s possible that some people who change their eating habits to lose weight may also start exercising, which can contribute to weight loss—suggesting the diet alone may not be responsible for the dropped pounds.

He says that these results shouldn’t discourage dieters who need to lose weight, and suggests that since the diets produce similar results, people should find the one that’s most suited to the way they live and therefore are more likely to stick with. Weight Watchers, for example, involves a more group-based, behavior-modification approach that may be better for people who work well in groups and need some external motivation, while the other three are more centered around individuals and dependent on their own ability to stay with a program over several months. Atkins and South Beach and Zone all focus on lowering carbohydrates and increasing consumption of healthy fats and proteins.

Given the enormous amount of money spent on diets—and the rates of obesity and type-2 diabetes in the U.S. and Canada—Eisenberg says what’s really needed is more information that can help people to make better choices about which plan is right for them, and to improve their chances of losing weight, not just for a few months but for the long term.

Read next: How to Get in Shape Using Psychology: 6 New Tricks From Research 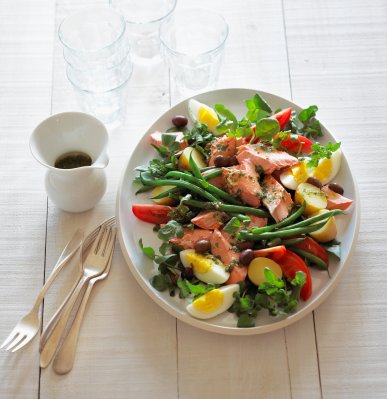 The 5 Biggest Salad Mistakes You’re Making
Next Up: Editor's Pick