George W. Bush Once Dated Nixon's Daughter, And It Did Not Go Well

Tricia Nixon on her way to the Rose Garden with her father, President Richard Nixon, at her White House wedding.
Paul Demaria—NY Daily News / Getty Images
By Dan Kedmey

George W. Bush went on a disastrous first date with the daughter of President Richard Nixon in the late 1960s, according to new details divulged by the former president in a memoir about his father.

George H W Bush—then a Texas congressman—arranged for his 22-year-old son, who was then a pilot in the National Guard, to meet Tricia Nixon at a gala in honor of the Apollo 8 spaceflight crew. It all went downhill from there, the Telegraph reports.

“During dinner, I reached for some butter, knocked over a glass, and watched in horror as the stain of red wine crept across the table,” Bush writes. “Then I fired up a cigarette, prompting a polite suggestion from Tricia that I not smoke.”

The date came to an abrupt end, Bush writes, when Nixon asked to be taken back to the White House “immediately after dinner,” a drive he remembered with a twinge of embarrassment more than thirty years later, when he returned to the White House as the nation’s 43rd president. 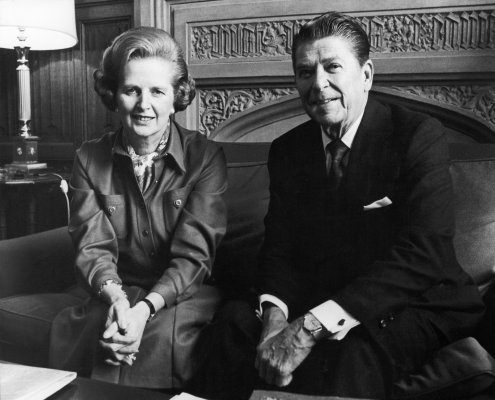 Reagan Apologized to Thatcher for Grenada Invasion
Next Up: Editor's Pick