Is This the Most Hated Man in the World?

Is Julien Blanc the most hated man in the world? A series of online petitions against him suggest he might be.

Blanc, who describes himself as the “international leader in dating advice,” is a self-styled pickup artist (PUA) who travels around the U.S. and around the world, teaching seminars to men on how to meet and seduce women. On Nov. 6, Australia revoked Blanc’s visa before he held a seminar in Melbourne after an online Change.org petition argued he promoted “violence and emotional abuse against women.” The petition received thousands of signatures. After Blanc’s visa was revoked — and Victoria police confirmed that he had left the country — Australia’s Immigration Minister Scott Morrison explained the government’s position, saying, “This guy wasn’t putting forward political ideas, he was putting forward abuse that was derogatory to women and that’s just something, those are values abhorred in this country.”

But it seems like Australia’s not alone, as the backlash against Blanc has spread and petitions have cropped up to bar him from teaching seminars in the Japan, Canada, the U.K. and Brazil, among others.

PUAs have been around for years, selling themselves as dating gurus and charging men to attend seminars and conferences on learning the art of seduction. (For Blanc’s services, a course runs from $197 for 23 instructional videos to $497 for the videos and a ticket to a live event.) But while PUAs have always been controversial for their often sexist attitudes and demeaning views of human nature, Blanc seems to take the whole notion of the Game to an entirely different level. His now locked Twitter account includes statements like, “Dear girls, could you please save me the effort and roofie your own drink?”

Meanwhile, videos of his seminars show him advocating — and even demonstrating — his particular techniques which include grabbing women by the throat or forcing women’s heads into his crotch. “At least in Tokyo, if you’re a white male,” Blanc says in one video to a room full of rapt men, “you can do what you want. I’m just romping through the streets, just grabbing girls’ heads, just like, head, pfft on the d–k. Head, on the d–k, yelling, ‘Pikachu.’” As many of Blanc’s critics have pointed out, this doesn’t qualify as dating advice, it’s assault.

Sarah Green, spokesperson for the U.K.-based End Violence Against Women Coalition, told TIME in an email, “We hope the Home Office will look at all the evidence available about Julien Blanc’s activities and refuse him a visa. His so-called pickup coaching promotes behavior amounting to sexual harassment and sexual assault. His comments and abuse of Asian women are deeply racist.”

Blanc is just one instructor employed by the U.S.-based group Real Social Dynamics (RSD), which bills itself as the “World’s top dating coaching, self-actualization & social dynamics company” and holds seminars and “boot camps” around the world for men who are looking for advice on chatting up women. RSD has been around for years, but the widespread backlash against the group — and Blanc — is a recent phenomenon. (Neither Blanc nor RSD responded to TIME’s request for a comment.)

The backlash to Blanc gained momentum when Jenn Li, a Chinese-American woman living in Washington, D.C., came across the video of his lecture about Japanese women, which she found “horrifying.” Writing in the Independent, she described why she was inspired to start the hashtag #TakeDownJulienBlanc. “By perpetuating the idea that Asian women are a ‘free for all’ for predatory men, he is encouraging other pathetic men to abuse them.”

She also began posting the details about upcoming RSD events on Twitter and encouraging people to pressure the venues to cancel them, as well as sharing tweets and Facebook posts from Blanc, which she found offensive.

This week, her campaign has picked up steam. What’s more, other governments seem open to following the example from Down Under. Canada’s Citizen and Immigration Officer Chris Alexander responded to the Canadian Change.org petition on Twitter, posting:

Meanwhile, the U.K.’s petition has already garnered some 70,000 signatures and significant attention from the press. (Though there is a competing Change.org petition in the U.K., started by a Julian Noir, which advocates for the Home Office to not deny Blanc a visa, which the petition equates with “censorship,” it has received little attention in comparison.) When asked about the petition by TIME, the U.K.’s Home Office noted that they did not comment on individual cases, but added that Theresa May, Britain’s Home Secretary, “has the power to exclude an individual if she considers that his or her presence in the U.K. is not conducive to the public good.”

Read next: Watch This Woman Get Harassed 108 Times While Walking in New York City 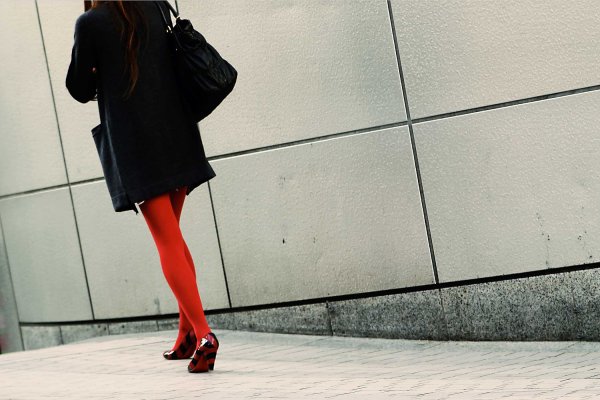 Street Harassment Isn't About Sexism—It's About Privilege
Next Up: Editor's Pick