Ideas
By Nick Gillespie
Nick Gillespie is the editor in chief of Reason.com and Reason.tv and the co-author with Matt Welch of The Declaration of Independents: How Libertarian Politics Can Fix What’s Wrong with America.

Obama is old enough to know better. If you think cable companies and internet service providers (ISPs) absolutely suck at customer service (and they pretty much do), they’re simply faint echoes of the old Bell system, which set the standard for awfulness. “We don’t care. We don’t have to. We’re the phone company,” joked the comedian Lily Tomlin back in the late ’60s and early ’70s. Public utilities and government-granted monopolies — the only sort that actually stick around for very long — are rarely famous for their customer service and innovative practices. “The Phone Company” was enough of a cultural shorthand for all that was bad, rotten, and bureaucratic in American life that it was the super-villain in the 1967 black comedy The President’s Analyst. As bad as Comcast or Verizon might be, things can always get worse — and likely will if federal regulators gain more control.

Obama is acting in the name of “Net Neutrality,” keeping the Internet free and open, ensuring that user access to legal content and sites isn’t blocked, and protecting against a long parade of potential horribles that have failed to materialize in the absence of the new regulations he is championing. He and other proponents of Title II reclassification such as video-streaming juggernaut Netflix are particularly exorcised at the possibility of Internet “fast lanes” through which ISPs would charge companies fees to deliver their content to users. All data should be treated equally is the rallying cry of Title II proponents. Anything less, they charge, is a form of censorship.

Let’s leave aside the inconvenient fact that reclassification under Title II wouldn’t actually prevent “paid prioritization” deals, that ISPs are constantly managing online traffic in all sorts of ways to keep users happy, and that the FCC’s legal standing to regulate the internet is far from a settled matter. The real question is whether experiments in delivering content and services would necessarily be bad for the rest of us (I write as a Netflix subscriber, the editor of web and video sites, and an Internet junkie).

The answer is no. Clemson University economic historian Thomas W. Hazlett defines Net Neutrality as “a set of rules…regulating the business model of your local ISP.” The definition gets to the heart of the matter. There are specific interests who are doing well by the current system and they want to maintain the status quo via government regulations. That’s understandable but the idea that the government will do a good job of regulating the Internet (whether by blanket decrees or on a case-by-case basis) is unconvincing, to say the least. The most likely outcome is that regulators will freeze in place today’s business models, thereby slowing innovation and change.

That’s never a good idea, especially in an area where new ways of bundling and delivering content are constantly being tried. It’s a historical accident that cable companies, who back in the day benefited from monopoly contracts with local governments, have morphed into ISPs. That will not always be the case, as the rise of Verizon (originally a phone company) and Google’s rollout of its own fiber system, attest. Just a few years ago, the FCC frowned on the cell-phone company MetroPCS’s discount plan that allowed access to the World Wide Web but denied users multimedia streaming. The FCC and Net Neutrality proponents thought that was a bad thing. Customers on a budget had a different opinion.

According to the FCC’s own findings, the speed and variety of American Internet connections are growing substantially every year. Despite claims that monopolistic ISPs don’t have to listen to customers, 80% of households have at least two providers that can deliver the internet at 10Mbps or faster, which is FCC’s top rating. It’s in the increasingly intense battle over customers that a thousand flowers will bloom; all sorts of interesting, stupid, and dumb innovations will be tried; users will be empowered; and tomorrow’s Internet will look radically different from today’s.

And maybe, just maybe, customer service will be light years better than what was offered by the phone company of Obama’s youth. 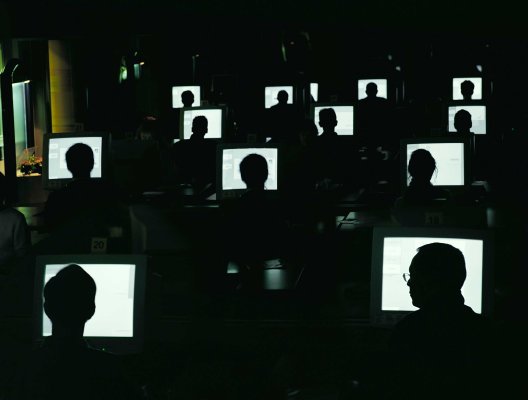 How To Neuter the Net Revolution
Next Up: Editor's Pick