How To Neuter the Net Revolution

“The Internet revolution has ended just as surprisingly as it began,” writes Professor Lawrence Lessig. “None expected the explosion of creativity that the network produced; few expected that explosion to collapse as quickly and profoundly as it has.” This dirge captures the fears of those who today march for “Network Neutrality” regulation, which would require that all broadband Internet Service Providers (ISPs) treat all data traffic equally.

Of course, Lessig wrote these words in 2001.

Lessig’s policy pleading then was for “open access,” a precursor of net neutrality. The rules, alas, were not imposed. And yet the Internet did not die in 2001. Indeed, it went into overdrive. Whatever discriminatory power the ISPs possessed, Google arose, with Facebook, Instagram, Twitter, LinkedIn and the Apple App Store right behind. The unregulated Net rocketed into mobile markets, enveloped smartphones, e-readers and tablets, and grew into what the 2010 Federal Communications Commission (FCC) described, in glowing terms, as “the Open Internet.”

But the pro-regulation offensive gives no quarter: The Open Internet, developed under laissez-faire, is superb. And it now needs regulatory protection.

In a statement issued by the White House, President Obama strongly endorses, in unequivocal language, not the girly man measures previously considered, but a muscle play: Title II. The bureaucratic reference, which dates to the Communications Act of 1934, would affix your great grandfather’s public utility rules — the ones crafted when households had “party lines” and David Sarnoff was the best known “tech innovator” — on the 21st Century Network of Networks.

But we’ve seen this movie — streamed before our very eyes — already. Old-fashioned public utility rules were in place back in the 1960s and 1970s when computer networks began to emerge — and Title II blocked them. The telephone carrier regulations, with monopoly franchises and rate regulation, controlled most everything. Rules were written and enforced to exclude new rivals and the promising networks they envisioned.

The Title II mandates were gradually peeled away, allowing for new “enhanced services” that escaped Title II. The result was spectacular. Looking back in 1999, the Federal Communications Commission regaled its handiwork. An insightful paper by agency expert Jason Oxman, “The FCC and the Unregulation of the Internet,” explained that the government’s key contribution was to clear out legacy mandates. “Market forces have driven the Internet’s growth, and the FCC has had an important role to play in creating a deregulatory environment in which the Internet could flourish.”

Oxman explains, for example, that the dial-up operators that kicked off public computer networks initially faced Title II regulations that required the ISPs to pay per-minute tolls to local phone companies, which threatened to stymie the entrants. A forward-looking 1983 reform eliminated this requirement by moving the ISPs from Title II carriers to deregulated enhanced service providers. The “absence of per-minute measured usage charges assessed on ESPs had enormous implications for the Internet,” all of them positive.

More recently, Voice-over-Internet services confronted the prospect of being Title II road kill. The reflex, at both the state and federal level, was to regulate VoIP like POTS (Plain Old Telephone Service). The licenses, fees, taxes and other Title II requirements would have crushed the upstart. That is why noted VoIP pioneer, Jeff Pulver, co-founder of Free World Dialup, Vonage, and Zula, waged a war against phone regulation, culminating in victory: the FCC’s 2004 “Pulver Order.” The entrepreneur now rails against Network Neutrality due to “the madness of applying 70-year-old Title II telecom regulations to IP communications.” With such rules, neither dial-up nor VoIP might have happened. “Title II makes innovation illegal,” he wrote recently.

At bottom, the idea that the Internet is everywhere neutral, that all bits are treated equally, is false. Take the polar extreme: AOL’s “walled garden” of the mid-1990s. It restricted users to just the content that the ISP offered. It soon gave way to less restrictive models offered by competitors, but, as Ken Auletta has written, it “helped popularize the web — and…. attracted 34 million paid subscribers in 2002.”

Today, the Internet thrives, but all networks manage traffic. Customers benefit when malware is blocked or sensitive interactive communications (say, VoIP) take precedence. I’m typing this article at a hotspot in a supermarket (no need to pity me), and the User Agreement I just clicked “I Agree” to forbids many legal activities. I may not, for instance, “Transmit any unsolicited or unauthorized advertising, promotional materials, ‘junk mail,’ ‘Spam,’ ‘chain letters,’ ‘pyramid schemes’ or any other form of solicitation… [or] Use the Service for excessively high volume data transfers.”

These “non-neutral” restrictions, imposed by my current ISP, do not threaten me — nor economic innovation, consumer welfare, or the life of the Internet. Title II would.

Thomas W. Hazlett is H.H. Macaulay Endowed Professor of Economics at Clemson University, where he also heads the Information Economy Project. He formerly served as Chief Economist of the Federal Communications Commission. 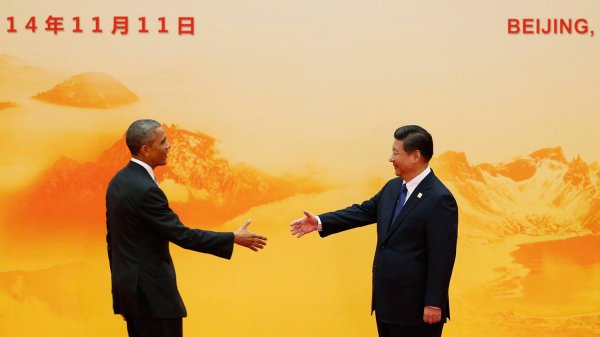