Israeli soldiers stand near a knife at the scene of a stabbing attack near the Jewish settlement of Alon Shvut in the West Bank on Nov. 10, 2014
Ronen Zvulun—Reuters
By Elizabeth Barber

Palestinians in Tel Aviv and the occupied West Bank stabbed to death an Israeli soldier and a woman in separate attacks on Monday.

Prime Minister Benjamin Netanyahu called the stabbings acts of terrorism and pledged to stamp out “terror being directed at all parts of the country,” Reuters reports.

Tensions have been running high in the past few weeks, with Palestinians in some Arab communities taking to the streets in stone-throwing protests after Israeli police shot and killed a Palestinian who attacked them with a knife.

The militant group Islamic Jihad claimed as a member the Palestinian man who stabbed three people outside a Jewish settlement in the occupied West Bank, including the woman who died.

The Palestinian man who stabbed to death an Israel solider at a Tel Aviv train station on the same day was identified by police as a resident of the West Bank with no criminal record. 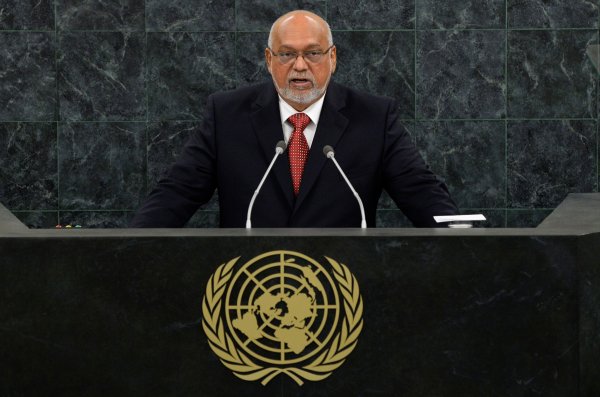 President of Guyana Disbands Parliament
Next Up: Editor's Pick