On Sunday, Twitter drew from its bottomless well of outrage and took aim at Calvin Klein for apparently calling a beautiful, slender model “plus-sized,” which in certain circles is the moral equivalent of eating a baby orphan.

One problem: Calvin Klein never called Myla Dalbesio plus-sized. The campaign wasn’t a plus-size campaign, and the line of underwear isn’t for plus-sized women. The Twitter controversy was actually ignited by an interview Dalbesio gave to Elle, during which she describes her thoughts on being cast as a “plus size” model for other brands — not Calvin Klein.

In fact, she even said in the interview that she was impressed during the shoot at how she wasn’t treated differently from any of the other models. “I’m not the biggest girl on the market but I’m definitely bigger than all the girls [Calvin Klein] has ever worked with, so that is really intimidating,” she said. “No one even batted an eye.”

At size 10, Dalbesio is bigger than the sample-sized models, but smaller than most plus-sized models. That’s why she thought being included in the Calvin Klein shoot was such a big deal. “I’m in the middle,” she said. “I’m not skinny enough to be with the skinny girls and I’m not large enough to be with the large girls and I haven’t been able to find my place. This [campaign] was such a great feeling.”

Dalbesio confirmed to TIME that “plus size” was “never part of the picture in any way” while she was working on the Calvin Klein shoot. Calvin Klein said in a statement that “these images are intended to communicate that our new line is more inclusive and available in several silhouettes in an extensive range of sizes.”

But those on Twitter who were annoyed missed the part where Calvin Klein never called Dalbesio plus-sized, probably because they never bothered to actually read Dalbesio’s interview. All they needed was the brand, the “plus-size” label and the picture of a Dalbesio holding her stomach to go into full-on outrage mode:

True, it’s problematic that Dalbesio considers herself “bigger” than all the other girls Calvin Klein has ever cast. But the brand made a big step forward here by putting a model who would otherwise be cast in the “plus-size” category in an industry with serious body-perspective issues, into their “normal” campaign. It’s not as groundbreaking as casting a model who’s size 14 or 16, but it is progress. 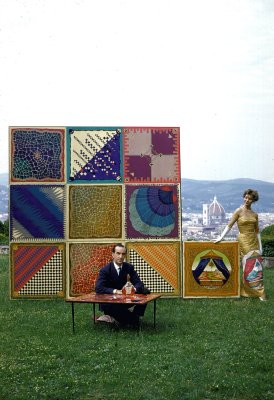 Emilio Pucci at 100: Brilliant by Design
Next Up: Editor's Pick