Hide your turkeys. After unleashing some knife-wielding terror on an ex-boyfriend in her new “Blank Space” music video, Taylor Swift has invited herself to your family’s Thanksgiving celebrations. At least, on TV.

The seven-time Grammy winner, who recently broke up with Spotify, is performing at the 54th Thanksgiving Day Parade held in her new home town of Manhattan, which will air on CBS, the network announced Monday. The television event will feature footage from the 88th annual Macy’s Thanksgiving Day Parade and additional performances from the casts of Broadway musicals Matilda and Pippin. 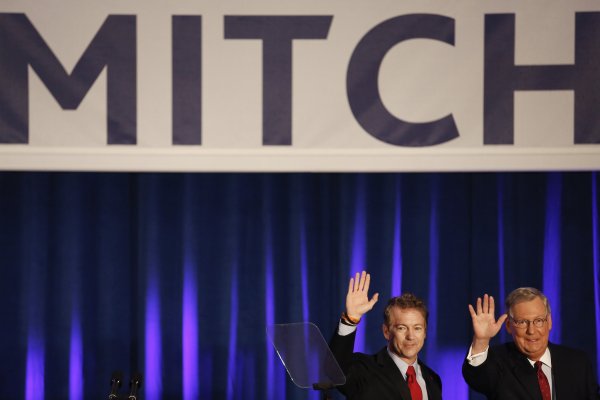 Can the Republicans Save MSNBC?
Next Up: Editor's Pick