Pedestrians walk under a board listing foreign currency rates against the Russian ruble outside an exchange office in central Moscow on November 10, 2014.
Vasily Maximov—AFP/Getty Images
By Charly Wilder / Moscow

The Kanounnikova family had big plans this year for the holidays. They were going to gather in Florida, the adopted home of Natalia Kanounnikova, who’d become an ice skating celebrity since moving to the U.S. from Russia. In 2006, she even made it into the Guinness Book of World Records for the fastest spin on ice skates (topping 300 rotations per minute) and had since broken her own record during an appearance with Al Roker on the Today Show. “It’s time to spin!” Roker cooed at her on the rink in New York City’s Rockefeller Center as two officials from Guinness – and millions of Americans – looked on.

But instead of shopping for presents last week and preparing to travel to Florida for the reunion, her mother Irina was standing in line at a B&N Bank branch in Moscow, standing near a sign showing the ruble’s exchange rate – the ubiquitous omen of financial woe that hangs all over the Russian capital. “We’ve had to cancel the reunion,” she sighed.

The reason? It’s become too expensive for many Russians to travel abroad. Weighed down by western sanctions, a falling oil price and a surprisingly strong dollar, the value of the Russian currency has plummeted to historic lows. It cost nearly 49 rubles at the end of last week to buy a single greenback, compared to only 32.9 in January. That means millions of Russians have seen their purchasing power – and the dollar value of their savings – slashed by nearly 40 percent since the beginning of the year. “I didn’t really think about exchange rate before, but now I have to check it every day,” Kanounnikova said while waiting to see the bank clerk. “I can’t just pay for something without thinking.”

In many ways she and her fellow citizens have their President to thank. The decision of Vladimir Putin to invade and annex the Ukrainian region of Crimea this spring has brought a series of sanctions against Russia from the West, gradually cutting off the access that major Russian firms once enjoyed to the Western financial system. To scrounge up enough dollars and euros to make payments on their Western loans, these corporations now have to sell off billions of rubles, putting enormous pressure on the value of the currency. Regular Russians have thus sprinted to their local money changers to get rid of their rubles before their value drops any further, causing a knock-on effect that has decimated not only the value of the currency but the faith that many Russians have in their country’s financial health.

According to a survey released on Friday by the Kremlin’s leading pollster, only 17% of respondents in a nationwide poll were upbeat about the direction their economy is headed. “Most social indexes of how people are feeling have demonstrated a negative trend in the past months,” the sociologists at the WCIOM center in Moscow reported.

That shouldn’t come as a surprise. Even Russia’s own central bank predicts that economic growth will hit a zero percent growth in 2015 after sagging to around one percent this year. A further drop in the price of oil – Russia’s most important export – could easily send the country into deep recession, and further isolation from the West will do nothing to help.

The impact of the slump will not only reach the bankers and oil barons whose incomes depend on global financial markets. People like Jocelyn Malicse, who moved to the Russian capital from the Philippines six years ago to work as a nanny, have also seen the value of salaries cut nearly in half. The family that employs her promised her the equivalent of $1,000 dollars per month, which at the time amounted to 24,450 rubles. Although that is still her ruble salary, it’s now worth only $523, leaving her a lot less cash to send back to her husband and four children in Manila. “It’s really affecting me,” she says. “I just cancelled my plans to go back home to see my family for Christmas.”

Foreign travel, which was banned for most people living in the Soviet Union, has become a national pastime for Russians since the 1990s, making them one of the biggest sources of income for tourist destinations from the Mediterranean coast to the Gulf of Mexico. Now millions of them will have to look for cheaper places to holiday and shop – or seaside towns in Russia where rubles are accepted.

“You can feel the way politics change things,” says Valery, a personal trainer exchanging rubles for dollars on Saturday afternoon at a currency exchange booth in central Moscow. His wife and children, 19-year-old triplets, all live in Kiev, and he’s just had to cancel a trip to visit them later this month. And what about the holidays? “Everybody will get their presents,” he said with mock reassurance. “But they won’t be cars. This year, we’ll keep it simple.”

But there is little sign that such anxieties are weighing on Putin’s popularity. The annexation of Crimea sent his approval ratings soaring toward record highs this summer on a wave of nationalist euphoria, and as of last month, they remained at a whopping 88%, according to the latest survey by the Levada Center, Russia’s leading independent pollster.

So the President, at least in public, still feels comfortable enough to brush off the slump in the national currency. “We are now seeing speculative jumps of the ruble, but I think that it should stop in the near future,” Putin told an economic summit in Beijing on Monday. “The events we are seeing now in Russia have absolutely nothing to do with the fundamental economic reasons and factors,” he added.

But that seems out of sync with the stagnation that most economists see in Russia’s future. “I would certainly contend that fundamentals are indeed driving ruble weakness,” noted Timothy Ash, head of strategy at Standard Bank in London, in response to Putin’s remarks. “Sanctions are not some kind of aberration, but a fact, and a reflection of policy choices made by Russia,” he added.

In the coming months, as the pressure of those sanctions continues to weigh on the broader economy – and on the pocketbooks of millions of workaday Russians – Putin’s approval ratings are likely to fall back to earth, says Lev Gudkov, the director of the Levada Center. “The euphoria can’t last forever, especially as the costs start to become clear.”

The most tangible cost is likely to remain inflation, a word still loaded in Russia’s collective memory with the financial chaos of 1998, when a full-blown currency crisis led to debt default, hyperinflation and the rapid decimation of people’s savings. Today, the country’s inflation rate is already at a worrisome 8.3 percent, and food prices have risen 11.4% since the beginning of the year.

Yet even as Russians nerve themselves for a gloomier holiday season, they often see no way to do anything about it. “I’m a pessimist,” says Vladimir, a brawny refrigeration mechanic at a mall over the weekend. “It’s not the first time we’ve been in this mess and I have zero faith the government will handle it right. But what can you do? You just have to put up with it.” 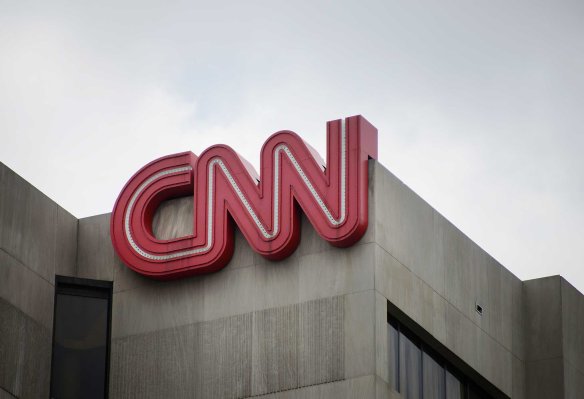 CNN to Stop Broadcasting in Russia
Next Up: Editor's Pick