All Your Questions About Obama's Internet Plan Answered

President Barack Obama on Monday leapt from the sidelines to the scrum of a fierce ongoing battle over the future of the Internet. Here’s what you should know about the President’s plans:

1. Before you start, why should I even care about this wonky “net neutrality” debate?
Because you’re using the Internet right now. It’s hard to overstate how big an impact whatever comes of this debate will have on the future of how we connect with one another, do business and so on.

2. What is net neutrality, anyway?
At its simplest, it’s the idea that your Internet Service Provider (ISP) should treat all Internet content as equal in terms of speed. It’s become a major issue because some of our biggest ISPs are also media companies, like Comcast, which now owns NBCUniversal. Advocates warn that opens up a scenario where an ISP like Comcast could slow down, say, Netflix, in an attempt to get users to view Comcast’s own video offerings instead, or the ISPs could ask Netflix for money to get its content to users faster than that of upstart rivals that have less cash on hand, stifling competition.

Others, however, say enforcing net neutrality puts an undue burden on businesses, arguing that the free market will keep things fair without the government getting involved — though broadband competition in the U.S. is severely lacking.

3. Why would Obama get involved now?
On the surface, it looks like the man who Obama appointed to run the Federal Communications Commission (FCC), Tom Wheeler, isn’t as dedicated to net neutrality as Obama might like.

A little history: the FCC enacted net-neutrality rules for broadband Internet back in 2010, leading Verizon to quickly sue the agency. An appeals court struck down those rules in January, essentially saying that the FCC couldn’t enforce them without reclassifying broadband Internet as a common carrier under Title II of the Communications Act of 1934, a move that would open those services to increased federal regulation. The FCC had the chance to get broadband under Title II’s umbrella back in 2002, but decided instead to call it an “information service,” a decision that made it much harder for the agency to regulate it.

All that history leaves Wheeler, a former telecoms lobbyist, with few options. He’s tried to craft a middle-of-the-road approach, but advocates say his idea would still let ISPs create so-called “fast lanes” and “slow lanes” for Internet content, thereby violating net neutrality. Another recently leaked proposal had the FCC planning a sort of hybrid approach, but pretty much everybody on both sides of the debate hated the idea.

Obama is getting closely involved as the FCC has struggled to come up with a solution and, notably, after Democrats lost control of the Senate in this year’s midterm elections. Net neutrality was a major Obama campaign promise, and he’s likely thinking about what his legacy will be when his time as President is up about two years from now.

4. What’s Obama’s plan exactly?
Obama’s plan is fourfold: stop ISPs from blocking access to legal content; prevent them from “throttling” some types of Internet traffic; apply net-neutrality rules between ISPs and the rest of the Internet; and ban paid prioritization of content, which involves a content provider paying an ISP to get its offerings to your home faster than other content is delivered.

However, the courts have made it pretty clear the FCC can’t do any of this without first triggering the so-called “nuclear option” of reclassifying broadband as a common carrier utility under Title II of the Telecommunications Act. That’s why Obama is also calling for the agency to make that move.

4. Why is Title II the “nuclear option?”
It would set off a legal and legislative fight on a scale that hasn’t been seen in the tech policy world in decades. It’s pretty much a law of nature that big businesses will fight tooth and nail against any increased government regulation, and Title II is exactly that: a move that would allow the FCC more control over corporate behemoths like Comcast and Verizon. The lobbyist and advocate group emails were flying just as Obama’s statement went live, foreshadowing a major fight in Congress and probably the courts as well.

Notably, however, Obama is also calling on the FCC to practice “forbearance,” or the idea that the government shouldn’t enact regulations beyond what it sees necessary to enforce his four-point plan. Title II, however, would allow the FCC to enact regulations beyond Obama’s plans. Expect that point to be a major talking point as the debate develops — opponents of Title II reclassification will argue the federal government will, by its nature, enact as many regulations as it possibly can, adding undue burden to businesses. They’ll also say that federal regulation can’t possibly move fast enough to adequately govern something as ever changing as the Internet.

5. Does the President have any real power here?
The FCC is an independent agency, and although Wheeler was appointed by the President, what the FCC does is up to Wheeler and the agency’s four bipartisan commissioners. It’s hard to say how much of an impact the Oval Office will have on the decisionmaking process.

6. Where do we go from here?
Even though Obama can’t force the FCC to do anything, his getting involved in such a major way brings a wonky tech-policy debate right to the fore. Some 4 million Americans have already contacted the FCC to offer their opinions about net neutrality, setting an agency record. It’s easy to see more Americans will take the time to learn about — and form an opinion on — the debate now that the President’s made headlines about it.

One possible scenario is that Wheeler and Obama have this whole time been playing a little good cop/bad cop. Wheeler could’ve made his proposals knowing full well they would drum up serious public opposition, leaving Obama free to swoop in and ride that public sentiment to come out in favor of Title II. Wheeler, then, could follow the President’s lead knowing he has the Oval Office’s support in triggering the nuclear option — a move he might’ve wanted to make all along.

Wheeler, meanwhile, responded to Obama’s statement Monday with one of his own that essentially boils down to this: the FCC needs more time.

“I am grateful for the input of the President and look forward to continuing to receive input from all stakeholders, including the public, members of Congress of both parties, including the leadership of the Senate and House committees, and my fellow commissioners,” Wheeler said. “Ten years have passed since the commission started down the road towards enforceable Open Internet rules. We must take the time to get the job done correctly, once and for all, in order to successfully protect consumers and innovators online.” 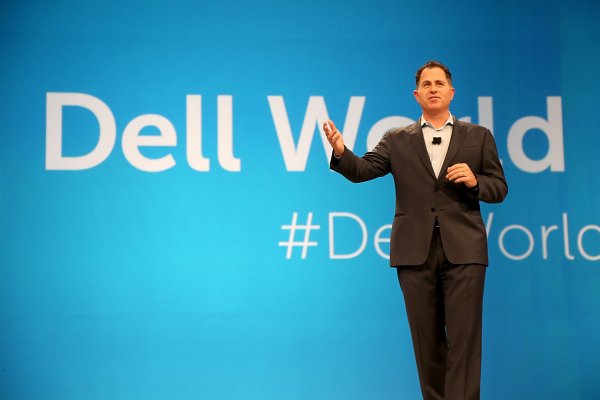 Why Your Next Computer Might Be a Dell
Next Up: Editor's Pick