How English Soccer Could Take a Page from American Football's Playbook

It’s not often that England’s football clubs look across the Atlantic for answers, but a new report suggests doing just that. Ethnic Minorities and Coaching in Elite-Level Football in England: A Call to Action, launched on Nov. 10, highlights a glaring whiteness in the upper echelons of management at England’s 92 professional football clubs. There are just two black or mixed race managers in English football, Chris Powell at Huddersfield and Keith Curle at Carlisle, and although as many as 30% of players come from minority ethnic backgrounds, only 3.4% of top coaches—13 of the 552 individuals employed running first teams, developing young talent and in other, similarly key roles—are non-white. The report holds up the National Football League’s Rooney Rule as a possible way to redress than imbalance.

The procedure—nothing to do with Manchester United and England player Wayne Rooney, but named after Dan Rooney, the owner of the Pittsburgh Steelers who helped to formulate the rule and get the NFL to adopt it—requires all NFL teams to interview at least one black or minority ethnic candidate for any head coach and general manager vacancy. In 2003 when the rule came into force, only 6% of NFL head coaches were of black or minority ethnic heritage. Within three years, the proportion had risen to 22%. This has not been the only bonus, says Piara Powar, executive director of Football Against Racism in Europe (FARE), co-publisher of the report. “The research from the U.S. tells us that if you implement the Rooney Rule, which is in essence about putting capable and qualified people in front of the people doing the recruiting, that opens up the system even to capable white coaches who might be excluded.”

English football recruitment lacks transparency. Positions are rarely openly advertised and often work through existing contacts. Jason Roberts, a former elite footballer and founder of the Sports People’s Think Tank, joint publisher of the report with FARE, told the British Sunday newspaper, the Observer, that he believes this system allows racist assumptions to go unchallenged. “It starts when black players are characterized by their athletic ability. You will not hear a black player referred to in the same sentence as the words ‘intelligent’, or ‘technique’. It’s always power and pace. This narrative goes right the way through. We’ve seen it in the past – ‘black players are not good in the cold’, ‘not good at certain positions.’ You can see how the decision-makers look at it and say: ‘Well, he’s just not the type.’”

Other prominent non-white figures in English football have expressed skepticism that a Rooney Rule would work in the English context. The former England striker Les Ferdinand doubted that clubs would open up their interviewing process sufficiently. Carlisle’s Curle fears black candidates might be called in “just to tick a box.” Researchers, who spoke to Rooney and many other key figures in the NFL in compiling the report, did encounter similar worries in the U.S., says Powar, but overall the feedback was positive. “There are always suspicions that some people are being interviewed for the sake of it, that some franchises could do more, but in the end this one mechanism has led to a very clear change of the type we want to see here.”

FARE will be publishing more research later this year that surveys the situation across Europe. France and the Netherlands both do better than the U.K., says Powar, who has already seen some of the data. He argues that this represents “a bigger failure” by the English game because “English football is the wealthiest in the world; we have the biggest TV deals here; we have the most international league; the brands are bigger and they’re more well known across the rest of the world.”

Richard Bates of the anti-racism organization Kick It Out sees another problem in English football’s monotone appearance. There has been significant progress in combating racism on the playing field and in the stands, and in that respect “English football is certainly further ahead than a lot of countries on the Continent”. But, he says, the delay in mirroring the diversity of players and fans in football’s board rooms and back rooms risks undermining those advances. “The more diverse the game becomes off the pitch, the more aware people will become in terms of those who watch the game of the need to be fully inclusive.”

Bates argues that not only the football clubs but the governing bodies in English football, in particular the Football Association (FA), the Premier League and the Football League, need to spearhead the drive for better diversity. If so, these bodies should make a start by looking at themselves. Research undertaken for the report shows that a mere 1% of administrators in English football are from black and minority ethnic backgrounds. In October 2013, Heather Rabbatts, simultaneously the only black and only female board member of the FA, made public a letter criticising her own organization after a commission it set up to look at ways of improving the performance of the England team in a spectacular own goal failed to include any black or female members.

England last lifted the World Cup in 1966. Rabbatts pointed out that Andros Townsend, a black player, had just helped England towards qualifying for the 2014 World Cup tournament in Brazil. “It is therefore particularly ironic that a commission to look at the national team has been formed with absolutely no representation from the black and ethnic minority communities, many of whom play such an important role at every level of our game.” 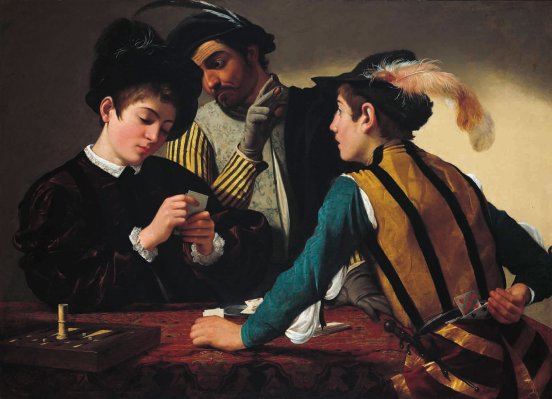 Man Sues Sotheby's Over Painting Valued at $17.7 Million
Next Up: Editor's Pick