McDonald’s has said it is planning to simplify its menu and revamp its marketing approach, but consumers still aren’t loving the fast-food chain.

This year, comparable sales slid 1% in the U.S. and fell 0.7% in Europe. Analysts surveyed by Consensus Metrix had expected a 1.9% drop in the U.S. and a 2% decrease in Europe. Europe’s results were stung by “very weak” results in Russia, where McDonald’s has faced pressure from temporary restaurant closures.

Fast-food chains such as McDonald’s are facing pressure in the U.S. and other mature markets as consumers are spending more of their money at fast-casual chains, such as Chipotle. The rival chains offer menus that consumers perceive to be healthier, as well as fairly quick service that doesn’t require a server. The industry is also challenged by the fact that low-income consumers in the U.S., a group that spends more at fast-food chains, are still facing weak wage growth and poor job prospects. 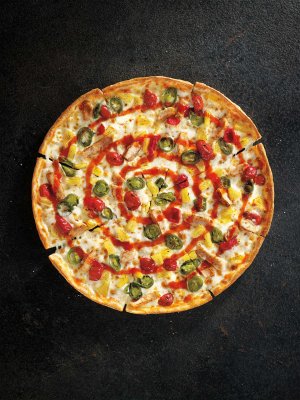 Pizza Hut's New Menu Has All Kinds of Crazy Stuff
Next Up: Editor's Pick