Watch Taylor Swift Turn Into a Crazy, Knife-Wielding Girlfriend in Her New Video

Taylor Swift’s new music video for “Blank Space,” from her 1989 album, begins as you would expect: T-Swift is eating breakfast in a bougie bed, cradling a kitten, surrounded by white horses. You know, as one does.

MORE: Find the perfect Taylor Swift lyric for your mood

But her life of whimsy with a beautiful beau—riding bicycles in the living room, picnicking on those Sweethearts candies and pretending they don’t taste like chalk—takes a turn for the psychotic when Swift reveals that “darling, I’m a nightmare dressed as a daydream.”

(Yes that is a deer hanging out in the background).

Swift immediately turns into an incredible stereotype of an unhinged, knife-wielding girlfriend in a perfect, ironic parody of what many must assume is a Taylor Swift-ian lifestyle of decadence, glamour, and a little bit of crazy.

Swift is shown remorselessly throwing her love interest’s iPhone in a fountain:

Pulling a Mean Girls on his dress shirts:

Taking golf clubs to his car:

And hatchets to the portrait she painted of him:

Don’t get on T-Swift’s bad side.

Swift tweeted the leaked video hours later, and it was put back on Vimeo.

Read next: Here’s Why Taylor Swift Pulled Her Music From Spotify 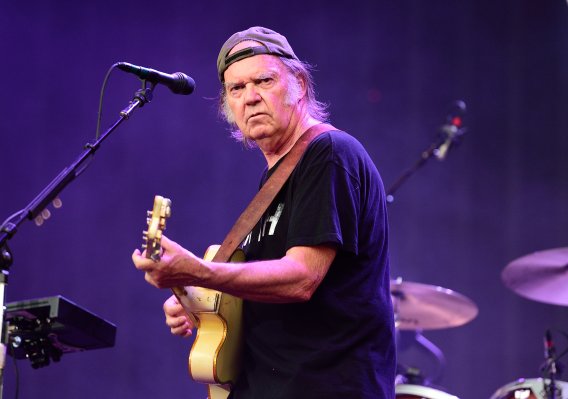 Watch an Exclusive Clip of Neil Young Recording 'All Those Dreams' With a Full Orchestra
Next Up: Editor's Pick