Indian Prime Minister Narendra Modi moved to give fresh focus to the country’s economic growth on Sunday, with a cabinet reshuffle that added 21 new ministers to his government.

The major change came in the portfolios of finance and defense, both previously held by Arun Jaitley — a senior leader in Modi’s Bharatiya Janata Party (BJP). Modi’s original decision to place Jaitley at the helm of the two vital ministries had been slammed by critics and opponents, who said Jaitley wouldn’t be able to do justice to either.

Jaitley has now been relieved of the defense portfolio, enabling him to devote more time to the Finance Ministry and help fulfill Modi’s planned economic turnaround.

The cabinet expansion now means Modi’s council of ministers numbers 65 instead of 44, according to Reuters.

During his election campaign, Modi laid an emphasis on a more streamlined decision-making machinery at the top in order to function more efficiently and effectively, in a strategy called “minimum government, maximum governance.” But some media point out that the new council of ministers is not that much smaller than that of the previous government.

“The cabinet expansion sends out a strong signal that the government under Prime Minister Modi is serious about accelerating the reforms process,” said Ajay Shriram, president of the Confederation of Indian Industry. 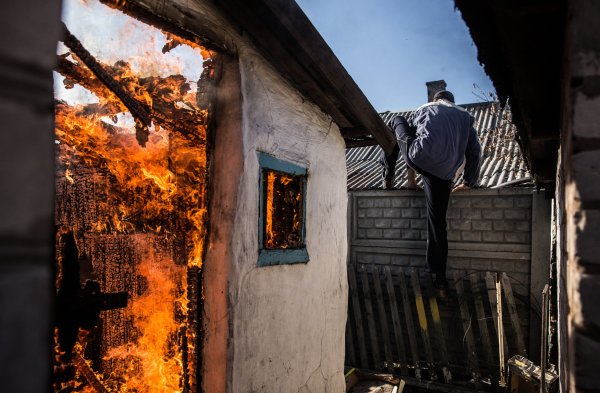 U.S. Warns Russia on Ukraine Cease-fire
Next Up: Editor's Pick